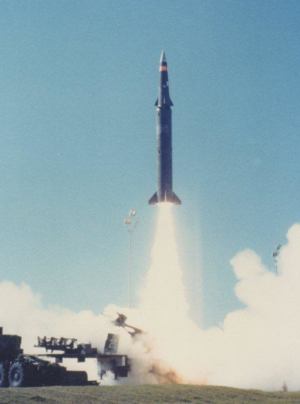 Workers World joins those around the world protesting Washington’s plans to break the Intermediate-Range Nuclear Forces Treaty and increase the danger of a devastating nuclear war. We publish this analysis by Italian anti-militarist Manlio Dinucci, printed first in the Oct. 23 edition of Il Manifesto. Translation by WW managing editor John Catalinotto.

The announcement that “Trump breaks the historic nuclear treaty with Moscow” — the Intermediate-Range Nuclear Forces Treaty (INF) — was no surprise. Now, however, it is official. To understand the scope of this act, we should review the historical context from which the INF Treaty was born.

The president of the United States, Ronald Reagan, and the president of the USSR, Mikhail Gorbachev, signed the INF in Washington, on Dec. 8, 1987, after having agreed on it the year before at the Reykjavik, Iceland, summit. According to the INF, the United States undertook to eliminate the “Euromissiles”: the Pershing 2 ballistic missiles, deployed in Western Germany, and the land-based cruise missiles, deployed in Britain, Italy, Western Germany, Belgium and Holland. The Soviet Union committed to eliminating the SS-20 ballistic missiles, deployed on its territory.

The INF Treaty established not only a ceiling to the deployment of a specific category of nuclear missiles, but also the elimination of all missiles in that category. By 1991, a total of 2,692 were eliminated. The limitation of the treaty was that it eliminated short-range and intermediate-range nuclear missiles launched from land, but not those launched from sea and air. Nevertheless, the INF Treaty was a first step on the road to real nuclear disarmament.

This important result was essentially due to the “disarmament offensive” launched by the Soviet Union under Gorbachev. On Jan. 15, 1986, the Soviet Union had proposed not only to eliminate Soviet and U.S. mid-range missiles, but also to implement a comprehensive three-stage programme to ban nuclear weapons by the year 2000. This project remained on paper because Washington took advantage of the crisis and the disintegration of the rival superpower to increase its strategic superiority, including its nuclear superiority. The U.S. thus remained the only superpower on the world stage.

It is no coincidence that Washington only called the INF Treaty into question when the U.S. saw its strategic advantage over Russia, China and other powers diminish. In 2014, the Obama administration accused Russia, without presenting any evidence, of having experimented with a cruise missile of the category prohibited by the treaty. The administration announced that “the United States is considering the deployment of ground-based missiles in Europe,” that is, the abandonment of the INF Treaty. (Il Manifesto, June 9, 2015)

The Trump administration subsequently confirmed this plan. In fiscal year 2018, Congress authorized the financing of a research and development project for a cruise missile launched from the ground by a mobile platform on the road.

NATO’s European members support the plan. At the recent North Atlantic Council meeting held at the level of ministers of defense, Elizabeth Trenta (of the Five-Star Movement) represented Italy. There, Trenta said that “the INF Treaty is in danger because of the actions of Russia,” which she accused of deploying “a destabilizing missile system, which poses a serious risk to our security.

Moscow denies that this missile system violates the INF Treaty and, in turn, accuses Washington of having installed in Poland and Romania launch ramps of interceptor missiles (those of the “shield”), which can be used to launch cruise missiles with nuclear warheads.

According to reports leaked by the administration, the U.S. is preparing to deploy intermediate-range nuclear missiles launched from the ground not only in Europe against Russia, but also in the Pacific and Asia against China.