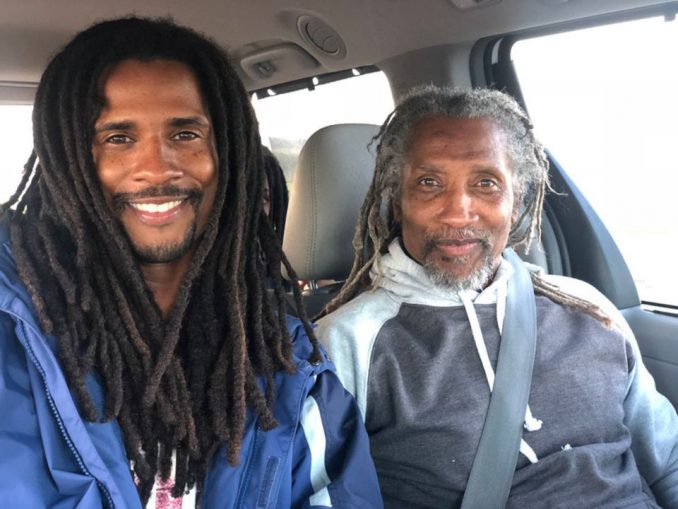 Political prisoner Mike Africa Sr. (above, right) was finally released on Oct. 23, after more than 40 years in prison. He is one of the MOVE 9 who were unjustly convicted and sentenced to 30 to 100 years in prison following the 1978 police attack on the MOVE organization in Philadelphia. With son Mike Africa Jr., who took this photo, he is shown on his way home after leaving SCI Phoenix. MOVE 9 member Debbie Africa, Mike Sr.’s spouse, had been released this June 19. Also, the Campaign to Bring Mumia Home reports that MOVE leader Ramona Africa is in full remission from cancer, after being hospitalized since August.