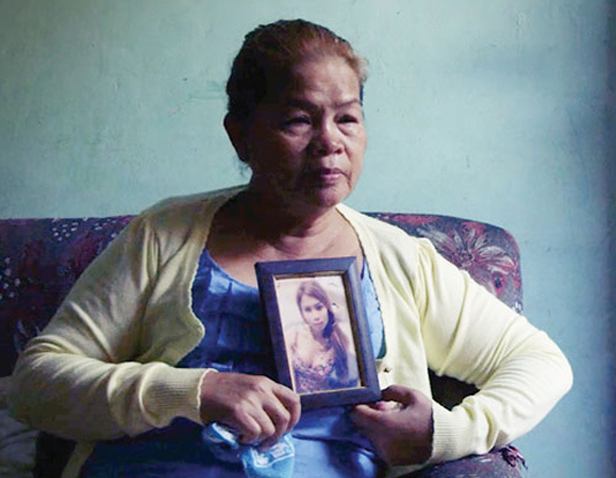 Jennifer Laude, known as “Ganda,” was a Filipina trans woman and sex worker in Olongapo, a port city for U.S. Marine vessels. In October 2014, she was murdered by a client, 19-year-old U.S. Marine Scott Pemberton, upon discovering she was transgender.

Now documentary director P.J. Raval has released “Call Her Ganda” to widespread acclaim. The film begins with Laude’s life, showing she was a daughter, a sister, an aunt, a fiancee and a mentor to other trans sex workers living in Olongapo. Her nickname, Ganda, meaning “beautiful,” was given to her by her ever-supportive mother.

From the U.S. acquisition of the Philippines in 1898 up to the day of Laude’s murder, no U.S. soldier had ever been convicted of a crime committed on Philippine soil or spent time in a Philippine prison.

Laude’s advocates and the film itself use her case to expose the greater political context of her death, a direct result not just of transphobia but also of U.S. imperialism, neocolonialism and the continued occupation of the Philippines.

To do that, the film reveals the brutal legacy of the U.S. occupation’s nonstop racist violence, particularly against women and children. The documentary also raises the history of Filipinx peoples whose identities did not conform to colonialism’s gender binary rules and were thus oppressed by the Catholic Church during centuries of Spanish rule. This history is linked to the island’s modern sex industry, which, driven by poverty resulting from imperialism, both cis and trans Filipina women are forced to join.

Perhaps most crucially, the political narrative of the film shows how Laude’s case was transformed from an issue of the Filipinx LGBTQ community into a key part of the country’s present mass movement against U.S. occupation and imperialism.

In one of the film’s most profound moments, one of Jennifer’s advocates is trying to explain the concept of justice to a small child, who doesn’t understand why they are fighting if it won’t bring Jennifer back. She says, in an almost lighthearted tone, “If there is no justice, not only will Jennifer be dead, we will all be dead.”

Ultimately, a Philippine court ruled Pemberton guilty of homicide, but not murder.

Nevertheless, it is the first-ever conviction of a U.S. military officer for a crime committed in the Philippines. That victorious verdict is seen as having tremendous implications for the mass movement fighting for a politically independent Philippines.

Since the trial, Pemberton has been protected by the U.S. military, which refuses to surrender him to Philippine authorities. He remains in U.S. custody. The mass movement, using the hashtag #justice4jennifer, continues to demand he serve the sentence.

The documentary is presently shown at film festivals in various cities across the U.S., as well as at screenings presented by Gabriela USA, an organization dedicated to the liberation of Filipinx women and trans and gender-nonconforming peoples. A full list of showings can be found at callherganda.com.

Note: The film contains graphic content, including some images of Jennifer’s body and the bodies of other Filipinx martyrs throughout history, as well as screenshots and audio of violently transphobic comments concerning Jennifer.