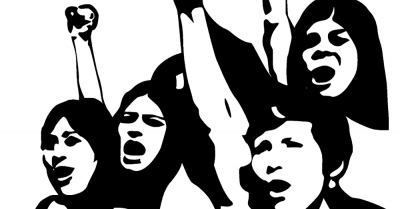 James O’Keefe, a fascist provocateur fueled by the Trump regime, was scheduled to speak at Columbia University on Oct. 10. Rumors had been flying for a while that the College Republicans wanted to host him. However, the official date for his appearance was announced only five days before the event. This seems to have been done to give protesters as little time as possible to organize.

Despite this move, flyers calling for a protest appeared on campus, but four days after the event was announced, O’Keefe appearance was cancelled. This was a victory and a testament to the strength of anti-fascist organizing on the Columbia campus.

After Trump’s election, college campuses became a battleground in the struggle against fascism. Across the U.S., far-right groups, in an attempt to normalize fascist ideas, tried to host speakers on college campuses under the guise of “free speech.”

The invitation to O’Keefe by the university’s College Republicans was part of this project. The groups had already showed their fascist colors last year when they invited Tommy Robinson and Mike Cernovich to campus. These men are notorious for their white supremacist, male supremacist, anti-Muslim and anti-Jewish views. O’Keefe is no different.

O’Keefe’s organization, Project Veritas, claims it is dedicated to exposing corruption and misconduct in public and private institutions. But all his targets just happen to work for the benefit of working-class and oppressed people. Some of these include Planned Parenthood, ACORN and the New Jersey Teachers Union. In 2017, O’Keefe also played a role in the frame-up of left-wing activists who protested Trump’s inauguration.

The fascist campaign to make beachheads on U.S. university campuses now appears to be failing. From California and Washington state to Michigan and New York state, fascist speakers have faced mass resistance from campus communities. Last year at Columbia, hundreds came out to protest Robinson and Cernovich. Today, a fascist speaker didn’t even show up.

The anti-fascist movement, however, cannot rest on its laurels. The university is just one front while fascist organizing continues. As anti-fascists were celebrating O’Keefe’s cancellation, three left-wing activists were attacked in Manhattan on Oct. 12 by members of the Proud Boys, a fascist street gang.

Wherever they are, fascists must be stopped.