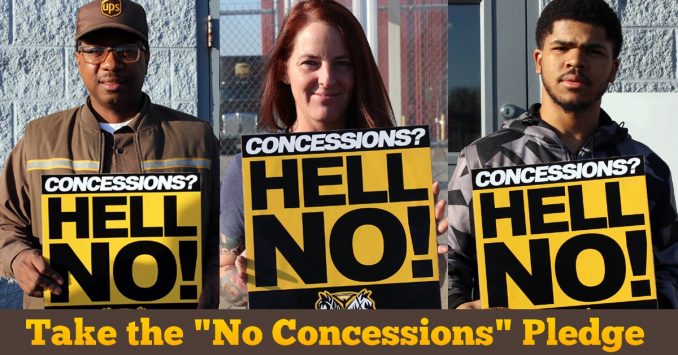 The Teamsters union announced on Oct. 5 that a majority of members voting on a new contract at United Parcel Service had rejected the contract. The voting had been taking place across the country for several weeks. The union leadership, under the direction of President James Hoffa Jr., had been pushing hard for a “yes” vote.

The main issues leading to the contract’s rejection were the current low wages for part-time workers and new language to create a lower-paid “hybrid” driver status. An organized movement defied the hard sell by the union leadership and the company.

Two organizations — Teamsters for a Democratic Union, founded in the 1970s, and Teamsters United, whose slate nearly defeated Hoffa’s in 2016 union elections — built an organized opposition.

Overall, the vote was 54 percent “no.” The opposition had strong majorities in its urban center and among drivers.

Initially, it looked like the Hoffa administration would use language in the union constitution to impose the contract over rank-and-file objections. They could legally have taken that step, because less than two-thirds of the membership, when those who did not vote are counted, actually rejected the contract. However, negotiator Denis Taylor was feeling the mass pressure when he announced that the bargaining team would go back to the table and try to get a better deal.

Two-tier and multi-tier pay structures are widely unpopular among rank-and-file union members, because they divide the membership by paying different wages for the same or similar work. “Equal pay for equal work” has, historically, been a basic union principle. In 2015, UAW members at Fiat Chrysler Automobiles rejected a contract that failed to bring second-tier workers up to the top of the pay scale.

As UPS Teamsters United points out on its website, “UPS is making record profits. The economy is strong and there is a nationwide shortage of truck drivers. Just this week, Amazon raised its minimum wage to $15 an hour, putting pressure on UPS to raise part-time pay.”

There is no excuse for a union leader to try to sell a contract that pays some workers less than the $15-an-hour minimum wage that the labor movement is advocating for all workers. This vote is sending a message to the class collaborationist “labor lieutenants of capitalism.” As Teamsters United puts it, “Step up or step out of the way.”