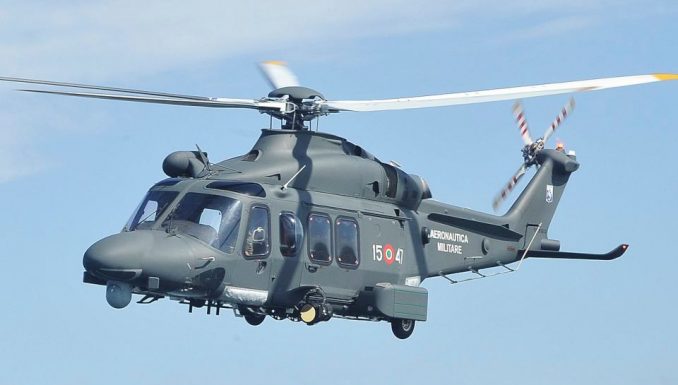 When the Italian government announced that a financial maneuver by the government would result in a deficit of around 27 billion euros ($31.3 billion), there was an immediate alarm in the markets and the European Union, the political opposition went on the attack and the president of the republic appealed to the constitution.

There was absolute silence, however, both in the government and in the opposition, about the fact that Italy spends a similar amount in one year for military purposes. The 2018 figure is around 25 billion euros; other military items bring it to over 27 billion. That’s more than 70 million euros ($81 million) a day. Though that’s increasing as Italy has committed itself in NATO to bring it up to around 100 million euros ($116 million) a day.

Why does no politician question the growing disbursement of public money for weapons, armed forces and military interventions? Because it would mean going against the United States, the “privileged ally” (i.e.. the dominant imperialist state), which requires Italy to continuously increase military spending.

For the fiscal year 2019 (which began Oct. 1, 2018), the U.S. arms expenditure exceeds $700 billion, plus other military items, including almost $200 billion for retired soldiers. Total U.S. military spending thus rises to over $1 trillion per year, or a quarter of federal spending [including Social Security and Medicare benefits].

A growing investment in war allows the U.S., according to the 2018 National Defense Strategy Summary, to meet its goal to “remain the pre-eminent military power in the world, ensure that the balance of power remains … and advances in our favor an international order that is most conducive to our security and prosperity.”

However, military expenditure will cause a deficit of almost $1 trillion in the federal budget in fiscal year 2019. This will further increase the U.S. federal government’s debt, which has risen to around $21.5 trillion.

This debt is countered domestically by cuts in social spending and abroad by printing dollars. The U.S. dollar is used as the main currency of the world’s currency reserves and commodity prices.

But there are those who grow wealthy from the growing military expenditures. They are the giants of the war industry. Among the world’s 10 largest arms manufacturers, six are based in the U.S.: Lockheed Martin, Boeing, Raytheon Company, Northrop Grumman, General Dynamics and L3 Technologies. These are followed by the British BAE Systems, the French-Dutch Airbus, the Italian Leonardo (formerly Finmeccanica), which climbed to ninth place, and the French Thales.

These manufacturers are not just individual giant arms companies. They form the military-industrial complex, closely integrated with institutions and parties, in a wide and deep interweaving of interests. This creates a true arms establishment, whose profits and powers increase as tension and wars increase.

The Italian company Leonardo, which derives 85 percent of its revenues from the sale of arms, is integrated in the U.S. military-industrial complex. It supplies products and services not only to the armed forces and the companies of the Pentagon, but also to the intelligence agencies, while in Italy it manages the plant in Cameri making Lockheed Martin F-35 fighters.

In September, Leonardo was chosen by the Pentagon, with Boeing as the first contractor, to supply the U.S. Air Force with the AW139 attack helicopter.

In August, Fincantieri (controlled by the finance company of the Ministry of Economy and Finance) with Lockheed Martin delivered to the U.S. Navy two additional Coast Guard ships.

All this must be kept in mind when one wonders why, in Italian parliamentary and institutional bodies, there is an overwhelming consensus among many of the parties not to cut, but instead to increase military spending.

The author is an Italian military analyst who first published this article in the Oct. 2 issue of Il Manifesto. Workers World Managing Editor John Catalinotto translated the article.