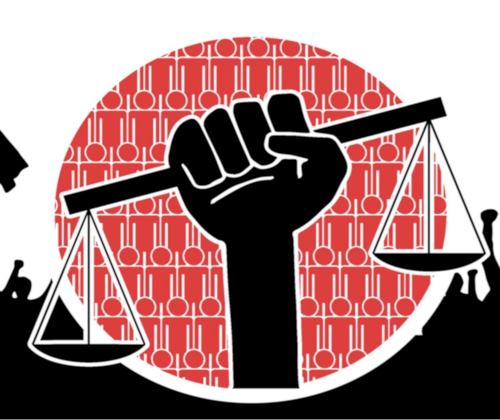 Brussels, Belgium — “Guilty, guilty, guilty!” These were the unanimous verdicts read by eight international jurors, including this writer, following a day and a half of testimony — much of it gut wrenching, horrifying and educational — at the International Peoples’ Tribunal on the Philippines held in Brussels, Belgium Sept. 18 and 19. The tribunal was held in the Maisons des Associations Internationales hall on both days.

In total, 31 witnesses appeared in person and 19 more on video to substantiate indictments for economic, social and military crimes. The defendants were Philippines President Rodrigo Roa Duterte and his entire government; President Donald Trump and the entire U.S. government; and the International Monetary Fund, World Bank and transnational and foreign banks doing business in the Philippines.

None of the defendants responded to the indictments, and none sent any legal representation to the tribunal. 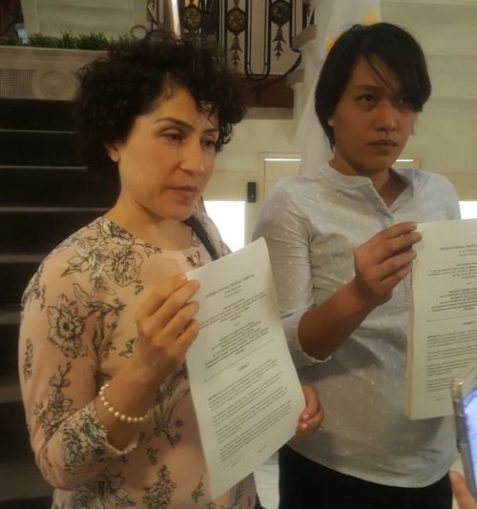 The witnesses were provided an international platform to speak on the atrocities and inhumane treatment that they, their families or communities have faced ever since Duterte took office in 2016 with the promise of carrying out a “war on drugs.” This war has resulted in an official slaughter of more than 4,400 people, including teenage drug users. Other estimates state that upwards of 23,000 people have lost their lives from this war.

Ruth Salditos testified about her spouse, one of the Antique 7 noncombatants massacred by the police on Aug. 15. Joms Salvador, a leader of the GABRIELA women’s organization, spoke about Duterte’s blatant misogyny, including his despicable jokes about rapes of women.

Cecelia Veloso spoke about the frame-up charges against her daughter, Mary Jane, who was found guilty of possession of heroin in Indonesia. Ms. Veloso visited her daughter the day she was scheduled to be executed, before she received a last minute reprieve. Mary Jane was forced to leave the Philippines, like so many other migrants, to find a decent job.

The findings of the verdict state: “The Defendant U.S. government continues to give support to Defendant Philippine government in terms of intelligence, funding, orientation, training and arms to promote and pursue its economic and geopolitical interests in the region. Militarization is intense in the countryside because of the country’s rich natural resources, and any resistance is met by suppression.”

The verdict continues: “Defendant Duterte and his government have committed various crimes against humanity and also war crimes that are committed on a daily basis against the Filipino people. The liability extends to Defendants Trump and the U.S. government, who exercise their domination over the Philippines for its strategic and economic interests.”

The day after the tribunal, on Sept. 20, a delegation representing the witnesses, jurors, prosecution and supporters presented the verdict to a representative of the minority left opposition in the European Parliament. The verdict was also submitted to the International Criminal Court at The Hague in the Netherlands, and will be submitted to various United Nations human rights committees. When the delegation presented the same findings to the Philippine Embassy in Belgium, they were met by police as they were exiting. No arrests were made.

Go the Facebook page of the International Peoples’ Tribunal, facebook.com/IPT2018, to view videos of the testimonies, photos and summaries.

The writer represented the International Action Center at the tribunal.