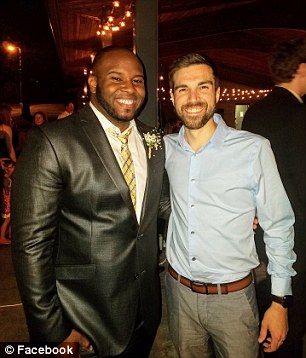 The night of Sept. 6 in Dallas an off-duty policewoman, Amber Guyger, entered the apartment of a 26-year-old Afro-Caribbean man, Botham Jean, and shot and killed him. Guyger, who is white, alleges she confused his apartment with her own — which was actually on a different floor in the building. Local protests of Jean’s killing have included a Mothers Against Police Brutality vigil on Sept. 7.

The community marched on Sept. 16 against this and other instances of racist cop violence. Advancing on the stadium where the Dallas Cowboys were playing a National Football League game, a symbolic funeral procession included a hearse, caskets, a motorcade and buses organized to carry demonstrators demanding the police officer be fired and charged with murder instead of manslaughter. Other protesters were arrested for blocking the road around the stadium. There have also been protests at Dallas Police headquarters about the killing of Jorge Olguín, slain in front of his children by an apartment security guard on Sept. 3. — WW Staff

I really hate capitalism and its effects on our Black lives while we be minding our business, trying to exist in this “great country” that puts on a blue uniform and shield of certification, approval and impunity to kill us at will, to lynch us at OUR door without much ado. Business as usual.

Botham Jean is the man that now can tell no tale. Allegedly, he had some marijuana in his apartment where he was murdered by the uniformed lyncher. Cops found “evidence” after asking for and receiving a search warrant — for the home of the victim! But how many times do the cops mention the bullets that killed him, the gun held in the hands of his police killer?

The cops are criminalizing the victim. “Weed” is “legalized” in many places in this country, yet many Black and Brown people are still disappeared with arrests for “substance” — taken from their families, sent to be abused and used in prisons. There, they are forced to labor for nothing or a token wage while being price gouged by companies that profit handsomely from this neoslaveocracy. Slavery in prisons was created postemancipation in the 13th Amendment to the U.S. Constitution — a legislative “gift” to then rich landowners that keeps on giving to capitalist profits now.

For sure, the cops and the newspapers aren’t talking about the unions of strong Black men and women and others fighting oppression, such as the Black Panther Party, which changed the mental trajectory of so many people here and abroad about taking control of our neighborhoods; about being alright and at peace with our identity in spite of the systemic abuse to our psyches, bodies, physical health and safety. Black people have fought public miseducation sent out though the business media and the “public schools” — propaganda purposely designed to erase and water down our Black story, history, experience, exceptional abilities and contributions to the world.

I belong to another group of people who also came together to fight — a multinational, multigenerational party with various identities and backgrounds, with an internationalist point of view, fighting for and with the workers of the world against racism, colonialism and imperialism.

Workers World Party has been on the frontlines since 1959 against racist discrimination and the prison-industrial complex. WWP, which fights for workers, LGTBQ people, women, im/migrants and more, is still here and growing, in the perfect mashup of the revolutionary dust-up, fanning the embers that our souls require, that pushes fire through our bodies, to push through again, until the next rally or next movement that will ultimately bring our oppressors to their knees for the crimes against our people and class.

So, yeah, some of us may need to cope in this brutal world with plants such as weed, as we are continually traumatized as Black people, day in, day out, just trying to mind our own business.

But this ain’t got shit to do with weed. Capitalism kills.