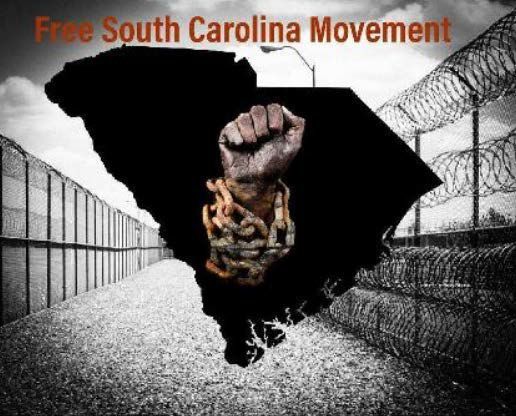 Jared Ware conducted this interview after an April 15 rebellion at Lee Correctional Institution, a South Carolina maximum security prison. It was the deadliest prison uprising since the Lucasville Uprising on April 11-21, 1993. (Lucasville prison uprising 25th anniversary, Workers World) Individuals inside Lee who participated are identified by their initials for safety. One of these prisoners identified as a member of Jailhouse Lawyers Speak, the group of imprisoned human rights advocates who initiated the National Prison Strike of Aug. 21 to Sept. 9. This is part 6 of a series available at workers.org.

S: People aren’t born criminals. They are criminalized by the environments they are socialized within. The U.S. Constitution’s 13th Amendment is proof alone that the mass amount of the warehousing of prisoners is not by accident. [Ed. The amendment permits slavery to be imposed on people convicted of a crime. The post-Civil War historical context was the attempt to re-enslave freed African-American people as workers in the U.S. South.]

Even prisoners convicted of violent crime or who may be involved in violent activities, they may one day return to society. People’s cases can be overturned, some have got max-out dates, some may make parole. Wouldn’t it be wise to be implementing programs that would better the prisoners, not make them worse? They should want to heal anything that they consider to be “sick.”

Society promotes and produces violence. People ain’t getting like that in prison, they’re already like that out there in society. Some of these guys that are locked up in here are juveniles. That’s a learned behavior. They weren’t born violent.

D: Most prisoners, when they come to prison, come with the mindset that they want to get themselves together, and I think a lot of people miss that [fact] right there. Even the ones that are labeled violent. And when I hear people say “violent,” we have to be careful with that term. We’re seeing politicians saying, “We’re not going to be supporting violent offenders.” It’s a new theme now, just to promote policies [that benefit] “nonviolent offenders.” And that kind of sickens me because, at the end of the day, who determines what’s violent? Who determines what’s a violent offender? To me, a bunch of people making up these laws, they determine what’s violent and what is not.

The people they want to categorize and label as violent offenders, for the most part, these brothers and the women come into prison, they come with the mindset that they want to do the right thing. But I think the minute they enter through those gates, and the minute they begin to observe their surroundings, they begin to recognize immediately that any change they wanted to do, they don’t need to do it, because they’re going to be perceived a certain way, and they’re going to be handled a certain way, and it’s going to be a lose-lose situation for them.

People have to understand that humans are entering through these gates and becoming prisoners, and in the process of that, the environment here is making it worse. It is creating something in these prisoners that is a lot worse than when they came in, at least for a lot of these guys and women.

Once again, [the prisoners] may have done some terrible things out there, but for the most part, when they start going through [the system] and they recognize the days ahead of them, they want to change. They want to do something different. Hell, I know I was about that when I came in here, until I went through the “reception and evaluation center,” and saw it wasn’t going to work out that way.

That is another reason why some people want to group up. Some people want family here as well. I like to call them street formations [as opposed to using the term gang]. People need someone that can look out and care for their best interests, too. Not just in the protection role, but also somebody that gives a damn, because the system is so cold. So when you’re sitting here, and you’re drinking, you’re smoking, you’re dabbing, you’re talking about your loved ones with your homeboy there, that’s a different feeling versus when you’re looking just at the prison itself, which is a cold place.

Everybody looks for some sense of comfort, some sense of love, which is another reason I think the prison system eliminating our contacts, our family ties, is really detrimental to prisoners re-entering society successfully.