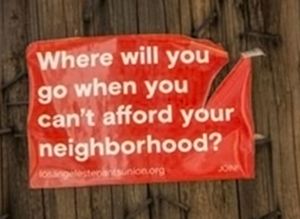 The big-business media — TV, radio, the press — is overflowing with good news on the economic front. But the question is whether or not the news is true and whether the media analysts are interpreting it correctly.

Here is their news: The U.S. gross domestic product — which is the sum of all goods and services produced in the U.S. — is up 20 percent since 2008. (St. Louis Federal Reserve) The official unemployment rate is 3.9 percent, after reaching a high of 10.2 percent in October 2009, and the median household income is now $61,372. (Bureau of Labor Statistics)

Despite the media’s optimism and good cheer, workers and the poor face a harsher reality. Over 8 million people have no health insurance. Even for those who have insurance, co-pays and deductibles can push the cost of life-saving drugs like insulin out of reach.

Housing is impossibly expensive in many cities. Using New York as an example, it takes a few million dollars to buy a two-bedroom apartment in Manhattan or you can rent such an apartment for $7,000 to $8,000 a month. Outside of Manhattan, market rents are less, but still unreachable for many workers who make less than the median wage.

New York is at the upper end of housing costs in the United States, but elsewhere housing costs are also fueling the rise in homelessness and taking bigger and bigger chunks of workers’ incomes.

Manhattan is the epicenter of U.S. capital, the physical home of Wall Street, filled with new construction, tourists and displays of vast wealth. Because the real estate firm Douglas Elliman was having trouble renting storefront property these days in Manhattan, it conducted a survey of vacancy rates. It found that 20 percent of Manhattan storefronts are currently vacant, up from 7 percent in 2016. (The Real Deal, Sept. 9)

That vacancy rate is a bad sign for the economy.

There are vacant stores on Fifth Avenue, one of the most exclusive shopping streets in the world, on posh 57th Street and on 14th Street, a mecca for working-class shoppers for decades. The alleged recovery from the 2008-09 crisis is neither consistent, nor coherent, despite the improvement in unemployment statistics.

The current calculation of the unemployment rate involves dividing the number of jobless people who are looking for work by the total labor force — defined as all those people working or actively looking for work. In August that was 3.9 percent.

If you factor in underemployed workers, those working less than full time not by choice, “discouraged” workers, those marginally attached — who would work but feel they can’t find a job — that adds about 12.3 million people to the unemployed total. This raises the rate of unemployed to 7.6 percent.

Even this rate is incomplete because it doesn’t count the 2.2 million people locked up in jails, who are most certainly part of the working class. There have been a number of prison strikes from coast-to-coast since the beginning of August, which meant prisoners were asserting their status as workers by withholding their labor.

For the last 30 years people of prime working age, 25 to 54, have been leaving the labor force in greater and greater numbers for a variety of reasons. To get a figure that better reflects economic reality, some economists have been urging the government to report a rate that is a simple ratio of “employed people aged 25-54 divided by the total population between ages 25-54.”

That labor force participation rate is better now than it was in 2009. But it’s not a record you can boast about. It was around 67 percent in 2000. (St Louis Federal Reserve)

The 3.9 percent official unemployment rate is not false news, but it doesn’t accurately reflect what is happening to jobs in the U.S. economy. All of these rates ignore the special problems that people of color, youth and elders, Native people, mothers who want or have to work, and anyone with less schooling and training have in finding and keeping jobs. The government and the media just want one number, especially if it makes the system look good.

If those in office can claim that unemployment is low and the economy is good, it blames the individual jobless worker. It gives the government a pretext to avoid funding job training and investments in job creation.

Rise in the GDP and incomes

The question is: What does this growth mean for workers?

The growth of the GDP fueled a tremendous surge in business profits, which meant that returns to the wealthy who collected them also surged. But in 2016, net worth among white middle-income families was down 19 percent below 2007 levels (adjusted for inflation). Among Black families, net worth was down 40 percent; for Latinx families, it was down 46 percent.

The major contribution to the net worth of Black and Latinx families is the investment they make in their homes. However, home prices still have not recovered. White families started out with higher levels of wealth, with a smaller proportion of it in their homes. (New York Times, Sept. 12)

In August, the median wage for all workers — the wage where half of all workers’ wages are lower and half are higher — reached where it had been in 2007 (adjusted for inflation). This means that after a decade of “recovery,” wages are back where they had once been.

An Economic Policy Institute Jan. 6, 2015 report on wage stagnation makes the point that “middle-class wages are stagnant — middle-wage workers’ hourly wage is up 6 percent since 1979, low-wage workers’ wages are down 5 percent, while those with very high wages saw a 41 percent increase.”