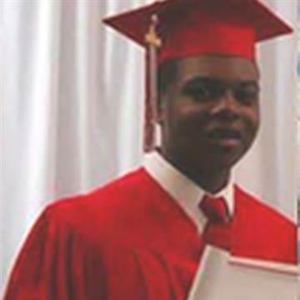 Chicago Mayor Rahm Emanuel announced on Sept. 4 that he would not run for a third term, bringing joy and relief to the many organizers who have fought to get him out of office. This news came the day before jury selection began in the trial of Jason Van Dyke.

Van Dyke is the Chicago police officer who fatally shot unarmed 17-year-old Laquan McDonald 16 times in 2014. He is now on trial for first-degree murder — one of the first cops in the U.S. to face this charge for killing a Black person while on duty. Hundreds of people gathered outside the Cook County Criminal Courthouse for a rally the morning Van Dyke’s trial opened.

Immediately following the shooting of McDonald, protests demanded the release of police dashcam footage. Mayor Emanuel was in the midst of a reelection campaign. It was only after he had secured his reelection in April 2015 that his office released the incriminating footage. In fact, the city paid a $5 million settlement to the McDonald family the week after the election, yet did not release the footage until November 2015. Only then was Van Dyke arrested and charged with murder. Shortly thereafter, community pressure forced Emanuel to fire Police Superintendent Garry McCarthy, a prime participant in this racist coverup and so many others.

The role that city officials played in covering up McDonald’s murder has shaped the political scene in Chicago ever since. Emanuel and Anita Alvarez, at that time state’s attorney for Cook County, were the main targets of a campaign to oust officials who placed protecting murderous cops over obtaining justice. Led primarily by Black organizations, including Assata’s Daughters, Black Lives Matter Chicago and BYP100, a massive grassroots campaign moved to get Alvarez voted out of office in the March 2016 elections. Activists organized train takeovers and rallies and used the hashtag #ByeAnita on social media to successfully garner support for voting her out, without expressly endorsing any of her competitors. They then turned their focus to Rahm Emanuel.

During Emanuel’s seven years in office, he has closed 50 public schools, shut down half of the city’s public mental health clinics and initiated the building of a $95 million police academy. Had he released the damning dashcam footage of Laquan McDonald’s execution before the 2015 election, he likely would have lost to his main challenger, Mexican community activist Jesús “Chuy” García.

When the dashcam footage of Jason Van Dyke’s crime was released to the public, it was already clear to many that the mayor had anything but Chicago’s best interests at heart. Today, the struggle is far from over. Emanuel still holds $7 million in campaign funds in a massive war chest, so he will likely continue to influence Chicago politics. But now that he’s been forced to step down and join coverup co-conspirators McCarthy and Alvarez on the political sidelines, justice demands that the actual triggerman get convicted and sentenced. Jail Jason Van Dyke! Jail all killer cops!