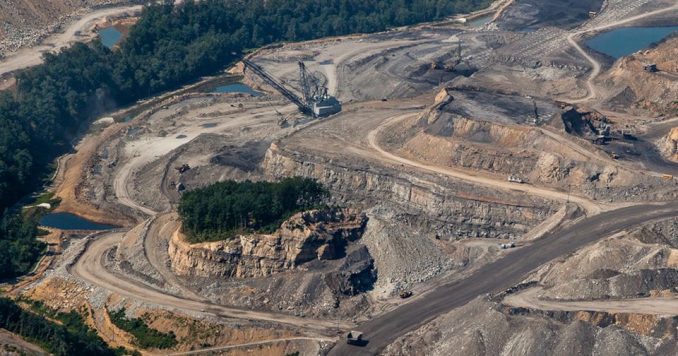 The Trump administration handed Big Coal a bonanza when the Environmental Protection Agency proposed rolling back pollution controls on coal-burning electrical power plants on Aug. 20. Andrew Wheeler, former coal industry lobbyist and acting EPA administrator, signed the plan to the cheers of Big Coal and boos from environmentalists and public health advocates. Wheeler has been dubbed “a member of the coal industry’s Hall of Fame.”

The current U.S. president pledged to rejuvenate the coal industry throughout his election campaign. He promised mine owners that he would help them increase profits and get rid of pesky pollution controls. In his first day in office, he showed his allegiance to these corporate polluters by terminating a ban on coal companies dumping waste into bodies of water.

Now, with Trump’s blessing, comes the EPA’s new policy, misnamed the Affordable Clean Energy plan. This so-called “environmental” policy is a sham that will actually increase coal-plant emissions of carbon dioxide, a major cause of global warming. Coal-fired power plants use coal combustion to generate electricity. This process is dangerous; it produces pollutants which poison the air, harm human health and contribute to climate change. Coal produces the most carbon emissions of any fossil fuel used to generate electricity.

The new EPA measures will overturn “pollution controls on planet-warming carbon dioxide from coal-fired power plants [put in place] in an effort to move to cleaner energy sources like wind and solar power,” explains the Aug. 20 New York Times. The ACE plan also gives states the power to decide how much to cut emissions while limiting what they can do to upgrade coal plants. That could help the dirtiest, greenhouse-gas-spewing old power plants keep operating, without installing pollution controls.

However, cheaper renewable energy sources, such as solar and wind power that are healthier for human life and the planet, are increasingly being used in the U.S. and around the world, with China in the lead.

Demand for coal has lessened while it has increased for renewable energy. U.S. solar and wind industries employ three times as many workers as does the coal industry. Coal exports have decreased, as more countries have switched to safer, cheaper solar, wind and other energy sources because of the environmental health dangers of coal and other fossil fuels.

Coal is no longer a necessity, as there is no energy shortage because of other alternatives. Yet the Trump administration is trying to sabotage moves to renewable energy. The White House is fiercely challenging California’s mandate that all electricity should come from carbon-free sources by 2045. Hawaii plans to do the same, while other states are moving in that direction.

By the EPA’s own admissions about its plan, the release of more carbon pollution could cause an additional 1,400 premature deaths and 15,000 more cases of bronchial disease a year. The agency’s figures show that by 2030 there could be 96,000 more severe cases of asthma, said CBS News on Aug. 21. The same day Fred Krupp, president of the Environmental Defense Fund, stated, “The Trump plan means millions of tons more air pollution endangering our children’s health, lives and future.”

Smoke from coal plants endangers human health. Burning coal also causes other chemical reactions which release toxic airborne pollutants and heavy metals into the atmosphere. The Union of Concerned Scientists lists these pollutants, which cause cancer, heart and lung disease and neurological disorders, at tinyurl.com/ydckummk. U.S. coal power plants emitted more than 197,000 tons of soot and other airborne particulates in 2014; these impair children’s lung development and cause lung disease in adults.

Since many coal-fired plants are located near low-income African-American, Latinx and Indigenous communities, their residents will be more severely affected by these illnesses, something that is not a concern to administration racists.

The methods involved in mining coal are also dangerous and deadly to workers and nearby communities. With mountaintop mining, a common form of surface mining, explosives open the mines and automated machinery mines the coal. The mining and processing spews dust made of ultra-fine particles composed of carcinogenic metals. This dust covers the landscape and houses, and clogs waterways. This coal extraction method has been used on more than 500 Appalachian mountains.

A year ago, Trump’s appointees to the Interior Department halted a National Academies of Sciences engineering study of mountaintop mining’s public health risks. It appears this was a deliberate action to keep nearby communities uninformed about the real, local dangers of this type of mining. (NY Times, Aug. 21, 2017)

Every day miners inhale this intensified coal dust, and many will ultimately suffer from respiratory illnesses, especially Black Lung disease. More than 76,000 miners have died from this illness since 1968. (Newsweek, Jan. 27) The worst form of the incurable disease now affects more Appalachian coal miners than ever, including newer, younger miners.

David Blakley, epidemiologist with the National Institute for Occupational Safety and Health, has said, “As a percent of all miners, we’re seeing more of it than we’ve ever seen before.” It could affect one in five miners. (npr.org, May 22)

Meanwhile, the number of coal jobs has been drastically reduced because of acceleration in mechanization and technology. Although the current president promised more jobs to desperate miners to get their votes, his words were empty promises. While there were 250,000 such jobs 40 years ago, the Bureau of Labor Statistics reported 51,800 coal mining jobs as of Dec. 31.

Only 1,100 coal jobs were added nationally in 2017, while several coal-producing states have lost mining jobs. Coal companies have shuttered. The huge, mechanized mining sites are increasing production and profits — but with fewer workers. Miners are desperate to obtain these jobs to feed their families.

The current mining methods used by coal companies have impoverished formerly coal-dependent communities in Appalachia and elsewhere. Former miners and their relatives are left with only low-wage jobs, if any, and damaged health.

The United Mine Workers website emphasizes, “If miners want to reduce their exposure to respirable coal mine dust, they need to join the union. No one else will provide them the protections they need on the job.”

Unions are crucial in the fight for workers’ protections, especially now as the corporations, with their ally in the White House, wage war on workers’ rights and lives. What is needed is worker solidarity and militant action to protect health and safety, demand jobs and pensions and guarantee the survival and flourishing of communities and the planet.