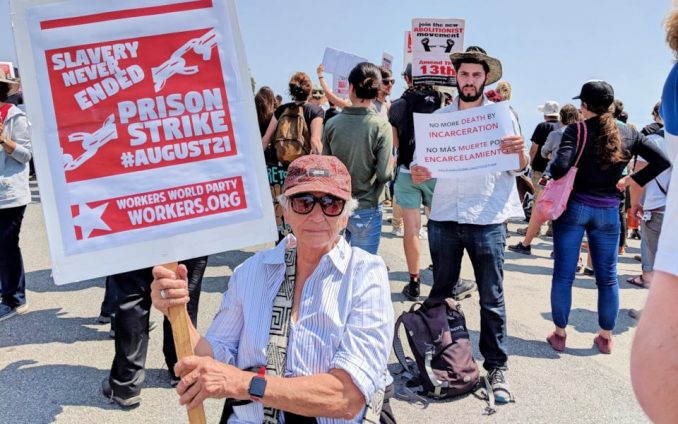 Prisoners across the country are striking in response to an April 15 prison-guard-incited riot at Lee Correctional Institution, a maximum-security prison in Bishopville, S.C. Seven prisoners were killed in what was the deadliest prison riot in 25 years.

A network of self-taught legal scholars called Jailhouse Lawyers Speak issued the call for a national strike, with 10 demands. Among them are “humane living conditions, access to rehabilitation, sentencing reform, voting rights and the end of modern day slavery.” The prisoners have called on outside supporters to amplify their voices.

The 19-day strike was launched on Aug. 21 — the 47th anniversary of the murder of George Jackson, a revolutionary African-American prison organizer and author, who was killed at San Quentin Prison. It will last until Sept. 9 — the 47th anniversary of the Attica Prison Rebellion, the largest prison uprising of the 1970s prison movement.  A growing prisoner-led resistance movement has been shaped by national coordination of direct action inside the prisons.

Actions inside the walls confirmed by the strike website so far are:

Solidarity actions outside the walls this week include: