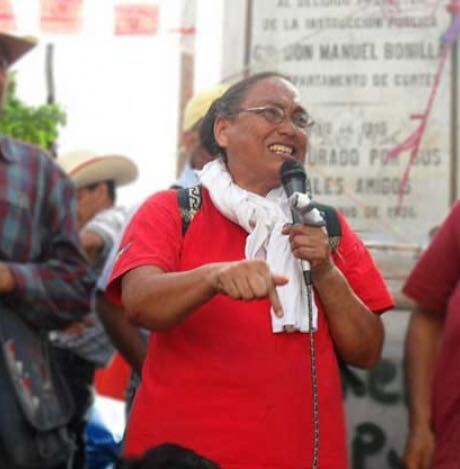 The children and youth of Honduras will one day look back at this period in history with great lament. U.S. imperialist policy has resulted not only in massive forced migration but also in decades of brutal instability and turmoil in their beloved homeland.

In fact, photojournalist Tomás Ayuso notes that the youth of Honduras have coined a phrase of their limited hope — “the right to grow old” — as death and uncertainty have become the main options for the vast majority of young people. (NPR, Aug. 19)

But these conditions have also borne beloved heroes.

One of those is Margarita Murillo, a revolutionary campesina leader who was assassinated by death squads on Aug. 27, 2014.

Four years after Margarita’s death, her children and the Honduras resistance movement in New York City will commemorate her life on Aug. 25 with film footage, speeches, food and music at the International Action Center.

Under the banner, “We continue to demand Justice! ¡Margarita vive!” the story of this leader will be told by her three children, who now reside in NYC, as well as by others.

Margarita was 54 years old when she was found riddled with bullets. Three men in ski masks, who were connected to right-wing death squads, killed her as she worked the fields in her village El Planon in northern Honduras.

Montserrat, one of Margarita’s daughters, told TeleSur in 2017: “It was the hardest moment of my life. It was the moment that my mom became a martyr of the Honduran resistance.”

Margarita’s children have all applied for political asylum in the U.S. and plan to continue her work. Two of her children have won asylum already.

Her family and the movement describe Margarita’s life as one filled with a yearning for justice. She became an activist at a young age and understood, based on her own family’s poverty, the need not only for struggle but for full liberation. Margarita recounted in a radio interview that her family had been so poor that sometimes they were forced to eat grass to survive.

Margarita became deeply influenced by the rising tide of revolutionary resistance in Central America. During her life, she traveled to El Salvador and Nicaragua to help the movement in those countries — a true internationalist.

At 13, she joined the National Union of Peasants. At 15, she participated in the March of Hunger, which has become an annual march in Honduras, where the lack of food is constant.

But Margarita did not just yearn for the right to food. She fought to demand that the land be given to those who worked it. She participated in land occupations and survived only because she escaped when many of her comrades were killed.

Margarita experienced repression at a very early age. At 16, she was raped, tortured and beaten. Nothing stopped her yearning for justice, however. As she grew, she became a leading member of the FNRP (National Popular Resistance Front) of Honduras. She helped establish the Federation of Peasant Women and the National Center of Field Workers, as well as the Sula Valley Forum.

When the progressive presidency of Manuel Zelaya was overturned in 2009 by a U.S. coup, Margarita fought even more. She did not want merely a fair election. She wanted full liberation from the multinational corporations.

Even though her two sons were kidnapped and beaten, Margarita fought on. Samuel, one of those sons, resides in NYC and has won asylum. On May Day in NYC, Samuel and family marched with pictures of Margarita.

Montserrat, despite being held at the border along with her baby daughter in the “hieleras” — the freezing cold detention center — remains optimistic. She, Samuel and daughter Kenia — Margarita’s children — continue to inspire everyone they meet. They fight on just like their mother.

Montserrat says all the time: “My mom was a fighter. She gave up her life for the resistance movement.”

Just like Berta Isabel Cáceres Flores (Lenca) of Honduras, who was also murdered by death squads, Margarita will live on. They live on in the struggles of her children and in all the young people who are fighting until victory for their homeland.