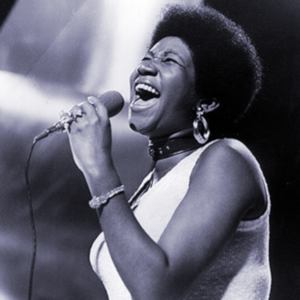 When the great Aretha Franklin was alive, what became lost was how her music, and herself as a person, were influenced by the social movements of her times, starting with the Civil Rights Movement of the 1960s. With her death, her impact on and support for various movements have become more public, adding to her already astounding legacy.

The Rev. C.L. Franklin, Aretha’s father, was an organizer for the historic 1963 Detroit Walk to Freedom, the largest Civil Rights march in the U.S. until the March on Washington drew 250,000 people a few months later.

An up-and-coming singer, Aretha Franklin signed a contract saying that she would never perform in front of segregated audiences. Civil Rights activist Jesse Jackson Sr. spoke to the Detroit Free Press about Franklin’s activism: “When Dr. King was alive, several times she helped us make payroll. On one occasion, we took an eleven-city tour with her, as Aretha Franklin and Harry Belafonte. … And they put gas in the vans. She did eleven concerts for free and hosted us at her home and did a fundraiser for my campaign. Aretha has always been a very socially conscious artist, an inspiration, not just an entertainer.” (Aug. 15)

When the legendary singer, Otis Redding, wrote and first sang “Respect” in 1965, the lyrics mainly focused on personal relations. But when the song became a mega hit for Aretha Franklin in 1967, she gave it a whole new meaning as a political anthem for Civil Rights and then for empowering women. Just a year later, she sang at the funeral of the Rev. Dr. Martin Luther King Jr.

When activist Angela Davis was placed on the Federal Bureau of Investigation’s 10 most-wanted fugitive list — on charges of conspiracy, kidnapping and murder, for an alleged attempt in 1970 to help Jonathan Jackson free his brother, political prisoner George Jackson — Aretha Franklin publicly stated that she would be willing to pay Davis’ bond if she were captured.

In a Jet magazine article in August 1970, Franklin stated: “Black people will be free. I’ve been locked up (for disturbing the peace in Detroit) and I know you got to disturb the peace when you can’t get no peace. Jail is hell to be in. I’m going to see her free if there is any justice in our courts, not because I believe in communism, but because she’s a Black woman and she wants freedom for Black people. I have the money; I got it from Black people — they’ve made me financially able to have it — and I want to use it in ways that will help our people.”

Angela Davis stated in an Aug. 17 Democracy Now! interview: “When Aretha decided to hold a press conference announcing that she would pay up to $250,000, which in today’s currency would be probably about a million-and-a-half dollars, it was really a high point in the campaign. And I believe that many people who may have been reluctant to associate themselves with me because of my communist affiliations probably joined the campaign as a result of Aretha’s statement.”

“When I actually became eligible for bail, unfortunately Aretha was out of the country. She was in the Caribbean. And during those days, prior to the emergence of global capitalism, money did not flow so easily across national borders, and therefore, a white farmer from Central California agreed to put up his farm.”

“But that was such a moving moment. It was a moment in which the campaign for my freedom achieved a really populist status among people in this country, and probably throughout the world, as well. I will be forever grateful to Aretha, because I think she played such an integral role in the success of the campaign.”

Aretha Franklin also supported same-sex marriage. In 2011, she surprised a gay couple at their wedding reception by performing for an hour.

Aretha Franklin was voted by Rolling Stone magazine in 2008 as the greatest singer of all time. To put it bluntly, every singer is measured in terms of coming before or coming after Aretha ever since “Respect” was released.

In one of her most recent interviews, Aretha Franklin stated she wanted most to be remembered for being a good mother toward her children.

But she should especially be remembered for using her once-in-a-lifetime artistry to help fight for social equality for all humanity. To take her moving “Amazing Grace” rendition one step further, she was simply amazing Aretha. Aretha Franklin, ¡presente! 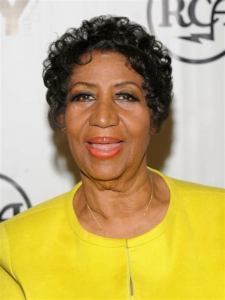 The beloved, sublime, musical genius Aretha Franklin emerged from, reflected and gave voice to the oppressed Black nation, especially of Detroit, where her father, the Rev. C.L. Franklin, was an important Civil Rights leader. You can hear the freedom cry in so many of her songs, and nowhere more so than in the great anthem “Respect,” which was the #1 song on the Billboard charts in the summer of 1967 – the very summer when the Black community of Detroit rose up in a historic rebellion against racism and police brutality.

I was a white kid in Oak Park, just across the 8 Mile Road line dividing Detroit and its suburbs. I was 10 years old in 1964 when I first found Aretha Franklin’s music, 13 at the time of “Respect” and the Black rebellion. Those two related things – the Black uprising and Aretha’s defiant, soul-stirring music – played a big part in raising my consciousness, giving rise to my anti-racist solidarity and starting me along the revolutionary road.

She is deeply loved in the LGBTQ community, where, upon news of her death, there was an outpouring from so many who said her music and her fierce, unapologetic persona sustained them through suffering and oppression.

Aretha Franklin’s music has been very important to me personally at many junctures in my life. I included scenes involving her music in my novel that was published a few years ago – because how could I not? She is woven into the story of any character who came of age and came to political awareness during her times.

I mourn and honor her with all my heart.