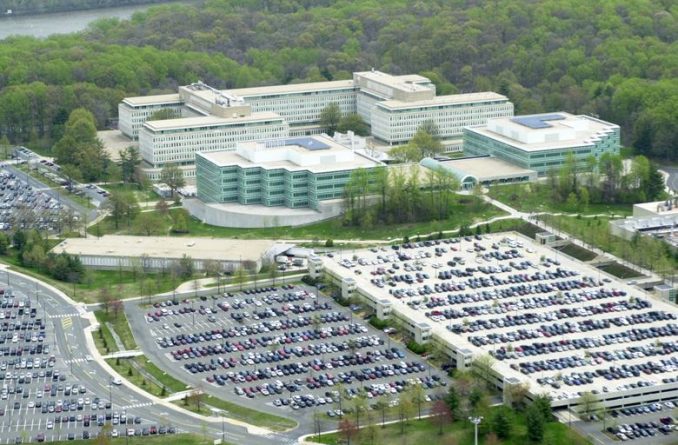 Bulletin, Aug. 20: Some 100 additional former government officials, including ambassadors, U.S. attorneys and other officials, have asked to have their names added to the protest letter over Trump’s suspension of the security clearance of former CIA Director John Brennan.

Donald Trump has provoked a revolt within the department of dirty tricks. The Central Intelligence Agency, which overlaps with the Pentagon officer corps, has issued a protest signed by over 70 former CIA officials denouncing the removal of the security status of former CIA chief John Brennan.

Why would such a rogues’ gallery of assassins, torturers and spies suddenly unite on an unprecedented scale and become partisans of the “free speech” of John Brennan? Brennan denounced Trump as dangerous and unfit, and he described Trump as “drunk on power” after the president revoked his security clearance.

The CIA is not an agency unto itself. It is deeply connected to the ruling class and its officialdom. Trump is acting more and more like an authoritarian ruler and making sections of the political and military establishment nervous.

He is using the powers of the presidency to endanger imperialist interests and capitalist commercial interests without deliberation or consultation with the most powerful elements in capitalist society.

The letter defending the “free speech” of former CIA director John Brennan can be seen as a message to Trump concerning his authoritarianism and his flouting of basic capitalist procedures of behavior established by custom and by law.

This letter is also a defense of the agency itself. These 70 plus cutthroats consider themselves defenders of U.S. capitalism around the world. It is perhaps hard work setting up eavesdropping, torture sites, assassinations, kidnapping, etc. In fact, it can involve risks. (Although the higher-ups who order the dirty tricks do not expose themselves to personal risks at all.) These CIA criminals want to be treated with respect by the chief executive of U.S. imperialism, but Trump has demeaned them and the FBI repeatedly.

The movement began with retired Navy Adm. William H. McRaven. He had been commander of the Joint Special Operations Command and oversaw the 2011 raid by Navy SEALs that “took out” Osama bin Laden and had his body dumped into the sea. McRaven is now a chancellor of the University of Texas system.

In an op-ed for the Washington Post, McRaven denounced Trump for “McCarthyite tactics” and, as an act of solidarity with Brennan, asked that his own security clearance be taken away, too.

To show how the CIA was primed for this attack, one of the signers told a Slate reporter on Aug. 17:  “[T]he statement was circulated to all living ex-directors and deputy directors at noon on Thursday, with a request to reply by 6 that night.” All but four responded.

According to Glenn Greenwald, writing in The Guardian on Jan. 7, 2013, President Barack Obama had to withdraw Brennan’s nomination for CIA director because of his record under the George W. Bush presidency of defending torture, as well as “rendition” (sending prisoners to third countries to be tortured at secret sites), electronic surveillance of civilians, targeted drone strikes in which the “targets” were unknown, etc.

This quarrel amounts to one section of the state defending its right to speak against the president. The CIA, which has overthrown governments, destroyed movements and assassinated leaders is claiming First Amendment “free speech” rights for Brennan.

Trump is screwing up the job of protecting U.S. imperialism

But more important, as defenders of U.S. capitalism, they feel that Trump is screwing up the job. In this, they speak for a large section of the military, the diplomatic corps and the capitalist brain trust.

They fear that Trump is moving in an authoritarian direction — against them!

When Trump abuses the masses of people with his racism, misogyny, anti-immigrant fanaticism and cruelty, there is no mention of the freedom to live, let alone to speak of the victims of racist police murder. They said not a word about the kidnapping of women and children at the border and the wholesale violation of domestic and international asylum laws. Nor did these butchers mention a thing about the innocent civilians killed by U.S.-made drones in Iraq, Afghanistan and Libya and U.S. bombs in Yemen.

They said nothing about the rights of Mumia Abu-Jamal and Leonard Peltier to be protected from unjust imprisonment, or the right of the incarcerated masses to be free of sadistic prison guard persecution.

It is no accident that the same week this CIA protest letter was circulated, Trump’s Washington, D.C., grand military parade was cancelled. It had been an authoritarian move, characteristic of dictators. Trump claimed he wanted a parade like the one he saw in Paris during his visit to French President Emmanuel Macron last year.

He forgot that the parade he saw was not for Macron but for Bastille Day, a national holiday which the French ruling class uses annually to pump up patriotic war sentiments.

The fact that Trump wanted the Pentagon to back a parade aimed at glorifying himself was not greeted kindly among the brass, especially since he is trying to discipline them. Even though Trump has given them hundreds of billions of dollars in weapons and soldiers, they were not buying his extravagant appetite for pomp and ceremony dedicated to celebrating — Trump!

Secretary of Defense James Mattis denied that the price tag for the parade would be $92 million, but all other government and department estimates were around that figure. Trump tried to place the blame for the cancellation on the majority African-American city. They rebutted his argument, showing that the D.C. part of the cost was miniscule.

So Trump had to suffer a public humiliation at the hands of the brass. They don’t want to fan the flames of Trump’s authoritarianism at a time when he is wrecking their alliances in NATO and blocking them in their drive against Russia.

Clearly, the capitalist state is deeply divided with differences over what the crisis of imperialism is and how to deal with it.

Looking at the crisis from Trump’s point of view, Turkey under President Recep Erdogan is turning into an enemy that has to be subdued. Turkey is holding a U.S. operative under house arrest. He is a pastor under suspicion of participating in the anti-Erdogan coup in 2016 and of being linked to Fethullah Gulen, a Turkish cleric living in the Pocono mountains of Pennsylvania whom Erdogan accuses of engineering the coup.

Regardless of the merits of the case, Trump reduces the issue to one of bringing a small, defiant government in Ankara to its knees, in order to let the world know how allegedly all-powerful Washington is.

Looking at the same crisis from the Pentagon’s point of view, Trump has made an enemy of an important NATO ally that is desperately needed in the struggle for the military to regain some of its foothold in the Middle East. To complete the argument, the strategic Incirlik NATO air base is in Turkey. Trump has jeopardized all this in order to put Turkey “in its place.”

Looking at it from the vantage point of Wall Street, Trump has doubled the tariffs on Turkish steel and aluminum, escalating a tariff war when Turkey is in the middle of an economic crisis that is leading to a debt crisis. The Turkish ruling class is in debt to many European countries, especially Spain and Greece. As the value of the Turkish lira falls, its debt to Europe becomes more burdensome. Furthermore, by squeezing Turkey, Trump runs the risk of triggering defaults, both in Turkey and in continental Europe.

Indeed, all sectors of the ruling class are watching Trump’s attack on Turkey with great trepidation.

Or look at the crisis in the Gulf states, where Saudi Arabia is in a virtual war with Qatar. Saudi Arabia has blockaded Qatar because it is sympathetic to the Muslim Brotherhood, a political rival to the Saudis in the Middle East.

In this conflict, in spite of mediation efforts by Secretary of Defense Mattis, Trump has come down heavily on the side of the Saudis, especially after they wined and dined him, giving him the royal treatment on his early visit there.

Former Secretary of State Rex Tillerson, former CEO of ExxonMobil, intervened last year to stop the Saudis and the United Arab Emirates from carrying out a joint invasion of Qatar. This may have been what led to his firing by Trump. (Al Jazeera, Aug. 1)

Qatar is the site of a strategic U.S. air base, Al Udeid, which is home to the Air Force Central Command and some 10,000 American troops.

Revolt of the spies

On the international scale, the CIA and the Pentagon have significant overlap. A number of Pentagon generals and admirals have been appointed directors of the CIA. In any case, both agencies share the task of securing the U.S. imperialist empire, using different means.

While they are always at war with one another over turf, resources, etc., they are both deeply concerned with how Trump’s policies affect them. Trump blames members of the CIA and the FBI for the Mueller investigation. In fact, Trump removed former CIA director Brennan’s security clearance because he was part of the “Russia witch hunt.”

Trump’s military policy, which seeks to weaken if not to destroy NATO, strikes at the heart of U.S. military strength in Europe, up to and including on the borders of Russia.

Trump is attacking the CIA and FBI as part of a “Russia witch hunt” while also attempting to weaken the U.S. strategic military alliance with NATO.  These two policy conflicts alone could bring about a bloc from above to interfere with Trump’s poorly thought-out strategic view of how to ensure U.S. imperialist world domination.