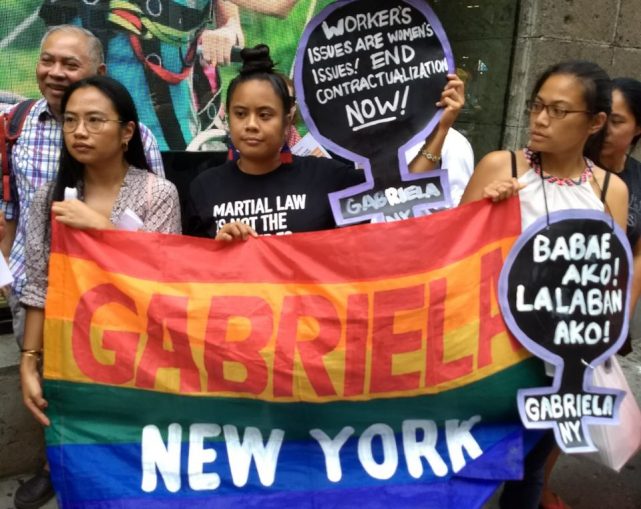 Striking NutriAsia food workers in the Philippines have been heard around the world. More than 300 workers in Marilao, Bulacan province, were violently attacked on July 30 by 50 of NutriAsia’s security thugs. Twenty members of President Rodrigo Duterte’s Philippine National Police helped beat up the strikers.

Strike supporters claim that one of those arrested, who was found with a gun and drugs, was planted in their ranks. (ABS-CBN News, Aug. 2) They also claim that the police and the company would employ this dirty tactic to justify their brutality.

NutriAsia is the biggest producer of condiments and food sauces in the Philippines. Its employees are rebelling against wages of $7.22 a day for working in subhuman conditions.

These include temperatures of 40 degrees below zero F in the bottling and packaging departments. Workers also get serious burns from products that are nearly boiling.

While NutriAsia refuses to provide workers with adequate safety gear, it found more than $1.6 billion to take over Del Monte in 2014. NutriAsia’s CEO is Joselito D. Campos Jr., whose family fortune was estimated at $650 million in 2017. He gives his workers a Christmas bonus worth $57 after deductions.

Like capitalists around the world, NutriAsia finds it easier to exploit temporary workers on contract. Strikers are demanding the regularization of their employment, a living wage and health benefits.

Shortly after the police attack on the strikers, Filipino activists organized demonstrations in front of Philippine consulates in both New York City and Chicago.

Fifty people came to the New York protest on July 30. “When workers’ rights are under attack, what do we do? Stand up, fight back!” was chanted on Manhattan’s Fifth Avenue in front of the consulate. Speakers defended the strikers.

Julie from GABRIELA pointed out that 6,000 Filipinos are forced to leave their homeland every day to find work. That’s 2 million people a year. Millions of Filipinos workers work for $7 or less a day.

Jonna from Migrante New Jersey spoke in Tagalog, while Antonio from the International Migrants Alliance spoke in Spanish. People were reminded that it was Filipino farmworkers in California who actually initiated the historic grape boycott in the 1960s.

A lively protest also was held on Aug. 2 in front of the Chicago consulate on Michigan Avenue. After speakers expressed solidarity with the NutriAsia workers, demonstrators broke bottles of ketchup and other NutriAsia condiments on the sidewalk to dramatize their anger at the company and its government backers.

The U.S. labor movement should support the NutriAsia strikers. Behind  dictator Duterte in Manila is the wannabe dictator in the White House. For 120 years the U.S. government and corporations have exploited the Filipino people.

Solidarity statements should be issued by unions and other organizations.

The following letter was sent on July 31.

Workers World condemns the horrendous working conditions that NutriAsia is imposing: the layoffs of 75 contract workers, the low pay of $7.11 a day, the 12-to-16-hour days often imposed on the workforce, and the violent attacks on striking workers, leading to 20 arrests and the hospitalization of four. The International Trade Union Confederation has condemned the Philippines as one of the worst countries in the world for workers.

Worker World demands that NutriAsia immediately comply with the demands of the workers, including regularizing the entire workforce, providing safe and healthy working conditions, paying a livable wage and respecting the workers’ right to unionize.

Deirdre Griswold
Editor, Workers World
www.workers.org
(An organization in the U.S. that fights for workers’ rights.)