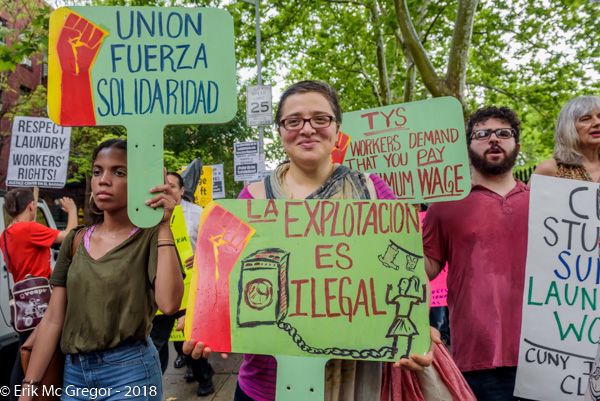 Following a June 28 march and walk-in organized by the Laundry Workers Center at an East Harlem laundromat, the owners tried to argue that the labor of the workers was not legally protected by wage, hour and other laws. The center immediately planned picket lines and organized a call-in by supporters to let the laundromat owners know the community is watching them. The LWC’s attorneys also notified the company that they would file charges if the owners retaliated against the workers.

The LWC has a record of making important gains in its fight for the rights of New York City’s laundromat workers, who are mainly Latinx women immigrants. The center’s quick actions in East Harlem pressured the owners to relent and agree to negotiate “in good faith” with the workers. The company has also begun paying minimum wage and overtime, providing protective gloves and masks, and complying with health and safety laws.

“Due to your support, and the courage of the workers,” said the LWC in a message to supporters, “this is a victory for laundromat workers and the community.” The center plans to monitor company actions and keep supporters informed until a final agreement is reached.