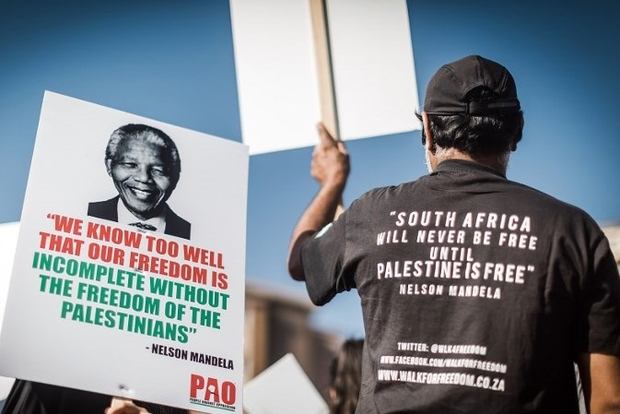 Mandela International Day was celebrated on July 18 to mark the 100th anniversary of Nelson Mandela’s birth. Each year this anniversary offers an opportunity to “reflect on his life and legacy and respond to his call to make the world a better place,” the African Union said.

The centennial program included the opening of an avenue in Addis Ababa named after the first democratically elected president in South Africa, who was imprisoned for 27 years by the apartheid regime. The commemoration featured a ceremony at the AU headquarters in the Ethiopian capital, with the participation of figures from the political and cultural spheres of the member states, which paid homage to the hero of Africa and of all humanity.

The Pan-African organization recently held its 31st summit in Nouakchott, Mauritania, in northwest Africa, on July 1-2. Progress was made in developing continental strategies to fight corruption and to create an African free-trade area.

Heads of state and other government representatives reached a consensus there on the creation of an anti-corruption mechanism. It will carry out national and cross-border monitoring through cooperation among the member countries of the regional bloc. AU Commission President Moussa Faki Mahamat of Chad said the battle against corruption requires judicial, administrative and financial measures. He appealed to members to participate in the battle to stop the illicit financial flows that, according to the AU, cause the continent annual losses of $148 billion.

At the meeting in the Mauritanian capital, the AU also decided to form a body to help coordinate member states’ policies on migration challenges. The new entity, called the Observatory for Migration and Development in Africa, will have its headquarters in Rabat, Morocco. The continental leaders decided to create this new tool, calling it “crucial in harmonizing strategies and improving interaction with partners from abroad.”

The issue of migration is very topical on the world scale. African leaders believe that the solution lies in strengthening continental unity, not just on the political level, but also the economic. In this regard, it has taken initial steps to establish an African free-trade zone, which 49 of the 55 AU members have already joined.

At least 22 states must ratify the agreement for it to take effect. It will create the largest area of free trade since the formation of the World Trade Organization. According to the AU, it would create an African market of more than 1.2 billion people, with a gross domestic product of $2.5 trillion.

On Western Sahara, which is illegally occupied by Morocco, a compromise was reached to allow the AU to play a more active role in solving the problem but without replacing the U.N. The Pan-African representation in El Aioun will be reactivated, joining the United Nations Mission for the Organization of a Referendum in Western Sahara (Minurso).

The AU convened an extraordinary meeting on Nov. 17-18 of last year in Addis Ababa to implement reforms proposed by the incumbent president, Paul Kagame of Rwanda, regarding the funding of the organization and appointment of its commissioners.
The next AU regular summit is due to take place in July 2019 in Niamey, Niger.

This article was first published in Avante, the weekly newspaper of the Portuguese Communist Party. Its author was formerly a member of the Secretariat of the PAIGC, the party leading the struggle for the liberation of Guinea-Bissau and Cape Verde. Translation by WW Managing Editor John Catalinotto.