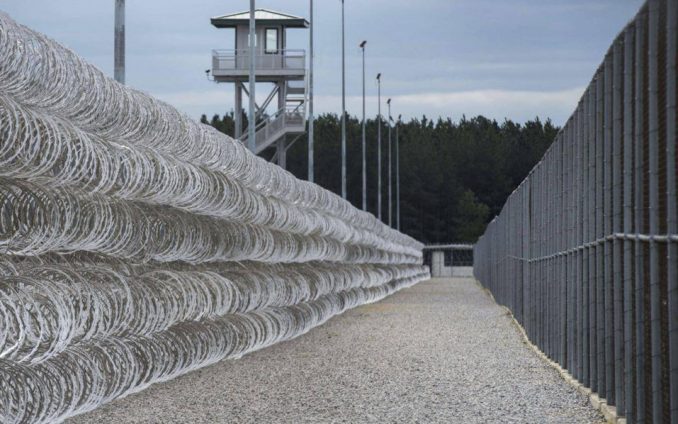 An April 15 rebellion at a South Carolina maximum security prison was the deadliest prison uprising since the Lucasville Uprising on April 11-21, 1993. (Workers World, tinyurl.com/y9grqhd7) South Carolina prison inmates have called for a National Prison Strike from Aug. 21 to Sept. 9. Demands and support actions are at incarceratedworkers.org. The following is an edited interview with some of the prisoners.

The deadliest incident of violence in a U.S. prison in a quarter century took place at the Lee Correctional Institution in South Carolina on April 15.

According to multiple reports, including South Carolina Department of Corrections Director Bryan Stirling’s own, prison guards and emergency medical technicians made no attempt to break things up or lend medical aid until hours after the fight was over, while imprisoned people were beaten and stabbed. Seven people were killed and dozens injured, with at least 22 requiring hospitalization.

I interviewed three individuals from prisons inside the South Carolina Department of Corrections on April 22. One of them identified himself as a member of Jailhouse Lawyers Speak, a group of imprisoned human rights advocates who have made national calls to action for a prisoner-led strike in response to conditions they feel are responsible for the violence and hopelessness in prisons across the U.S.

These three individuals, identified as D, S and E to protect their identities and prevent retaliation by prison officials, highlighted the impacts of policies pushed by President Bill Clinton’s administration and implemented by states across the country. They point to the dehumanization of prisoners and challenge our conception of “gangs” — which do not take into account the ways in which incarcerated people are forced to create their own collective means for safety, survival and camaraderie in a situation where hope is the scarcest commodity.

The three urge the public to reconsider the nature and source of violence in prisons and the absence of human dignity and a rehabilitative environment. They present actionable solutions to mitigate some of the harm caused by prisons on our ultimate path toward shedding carceral responses to societal needs.

When I wrote this introduction on May 2, South Carolina prisoners confirmed that all Level 2 and 3 facilities had remained on lockdown since April 15. This means people imprisoned had been denied any freedom of movement, regular access to showers, recreation or meals outside their cells.

Jared Ware: Firstly, there have been a lot of things that have gone down in South Carolina prisons over the last year or two. If you could lay down some of that context, because I think a lot of people don’t understand some of the things that prisoners have been dealing with and how those conditions might contribute to a sense of hopelessness.

D: I’m going to take you back a little step here — to 1996 at least [to] Bill Clinton’s Prison Litigation Reform Act and Antiterrorism [and Effective Death Penalty] Act. These acts, that went into full effect in 1996, initiated 85 percent Truth In Sentencing laws [a movement to end parole and increase the length of prison sentences, as well as ensuring that prisoners convicted of certain offenses served at least 85 percent of their sentences] throughout most of the states today.

Even if you had a violent offense, or a labeled-violent offense, you still had something known as a work release date. You still had some type of eligibility to go to work release, and that also meant eligibility to go to work at some place on the street, or go home even on the weekends in South Carolina. Individuals had the opportunity to make state pay [a system where the state paid prisoners for work], even when you [were] at what was known as the max yard. These yards [were] clearly open; everybody could roam and move around.

But when 1996 set in, this mindset started to kick in, as Hillary Clinton called [it], of locking down these “super predators.” The government called it the War on Drugs, which I call the war on the Black and Brown community. All these things is playing into effect, and that created the environment inside.

We found fences starting to be wrapped into the prisons; we found prisoners that was labeled as violent offenders, was sent into these fences, and caged into buildings all day. We found that the food started deteriorating; we saw the clothes removed; and we saw the ways that [imprisoned people] could make money removed out of the system. There was no longer any type of state pay. Even though state pay was very minimal, it was still an opportunity to buy a bar of soap or a Honey Bun. We saw that visitation was being restricted.

So this is where actually a lot of the problems started accumulating. Not only that, but education was removed by the prison system. Any type of Pell Grants, all that was gone. Education, technical colleges, everything was removed. So that’s a little bit of what started to shape the environment here.