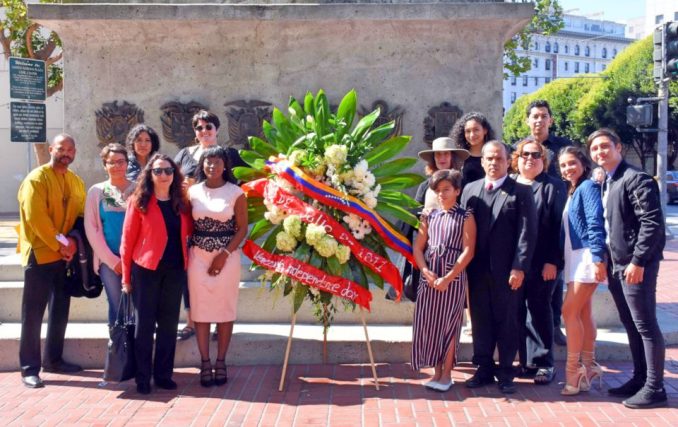 The Venezuelan Consulate in San Francisco held a ceremony in celebration of Venezuelan Independence Day on July 5 at the Simón Bolívar statue in the United Nations Plaza. Consul General Antonio José Cordero Rodríguez addressed the small crowd, honoring Bolívar, considered the “father of the nation,” with a floral offering. A reception was held at the San Francisco Consulate office afterwards.