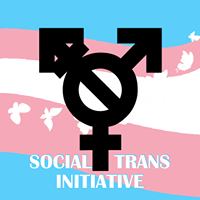 Pensacola, Fla. — Three Black trans women in Jacksonville, Fla., have been murdered since February 2018: Celine Walker, Antashâ English and Cathalina James. A fourth unnamed victim was wounded in a shooting, but has survived.

This ongoing violence in Jacksonville has sparked an understandable but nonetheless horrifying fear that the murders are connected and are the work of a serial killer or serial killers who target Black trans women.

More might be known about the situation if the city of Jacksonville and the Jacksonville Sheriff’s Office would handle the cases properly. But, as usual, the officers of the capitalist, racist, transphobic establishment are dedicated to shrugging their shoulders and looking the other way while violence against transgender people surges.  Even after their deaths, disrespect for these Black trans women has been continuous. The JSO has consistently misgendered the victims, referring to them only by their dead-names (birth-assigned names), and as “men who identify as women,” “men dressed as women” and so forth. The authorities keep repeating all the negative phrases that only serve to perpetuate violence against trans people, particularly Black trans women. To add further insult to injury, the JSO has taken no step to investigate these murders as hate crimes, signalling that they do not deem trans lives worthy of justice.

Black trans women fight to survive at a very dangerous intersection of identities and class struggle. Capitalism is responsible for hundreds of years of racist injustice and concentrated violence against Black and multinational people, as well as women and transgender people. The people in whose existence those identities meet, like the murdered Black trans women, suffer a massive wave of oppression. The capitalist establishment then mocks, disrespects and refuses them justice, continuing to use divide-and-conquer tactics to keep this group of people oppressed and exploited, and other workers from uniting to defend them.

In Pensacola, Fla., a transgender advocacy organization, Strive (Social Trans Initiative), serves as a trans advocacy organization that meets trans people’s material needs. On June 30, Strive declared its first-ever Transgender State of Emergency, declaring Jacksonville an unsafe place for transgender people. While acknowledging that nowhere is safe for trans people, Strive urged that all should be on high alert in and around the Jacksonville area.

Strive also issued a continuous call to action in the form of phone-ins and email-ins to the Jacksonville city and sheriff, and to the state attorney, demanding these cases be investigated as hate crimes. A further demand was that all media personnel and the JSO acknowledge and apologize for misgendering and disrespecting the victims.

Though a core belief of Strive is its anti-cop stance, since these cases are now in the hands of the police, Strive is putting pressure on every available avenue to solve these murders and bring a killer, or killers, to light.

On July 5, in a second Trans State of Emergency declaration, Strive included a call for trans self-defense, saying: “Understand that self-defense is not the same as oppressive violence. It is not wrong to defend ourselves from reactionary attacks. This can be done however you feel comfortable: martial arts, firearm training, etc. Please seek some self-defense training.”

Strive is asking for national solidarity, and for other organizations to join in the phone-ins and email-ins. We must put all available pressure on the city of Jacksonville and force them to meet demands.