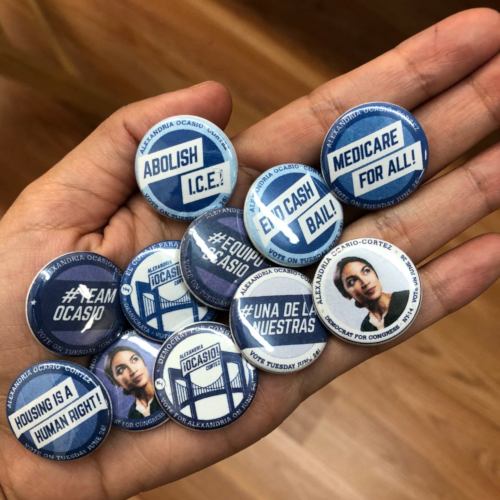 When Alexandria Ocasio-Cortez won the Democratic Party primary vote in a district covering parts of Queens and the Bronx, N.Y., which is usually considered a shoo-in for Democrats in the upcoming general election, it was a wake-up call — in many ways.

Ocasio-Cortez, a 28-year-old teacher of Puerto Rican heritage, describes herself as a “democratic socialist.” She told an interviewer before the vote: “I’m a candidate that doesn’t take corporate money, that champions Medicare for all, a federal jobs guarantee, the abolishment of ICE, and a green New Deal.” She has also spoken out strongly against Israel’s oppression of the Palestinians.

Her opponent was Joe Crowley, a buddy of rich donors, chair of the House Democratic Caucus and the Queens Democratic Party, who had been routinely elected to the House every two years since 1998.

So this was an amazing upset in a district nailed down for decades by the Democratic Party establishment.

What will happen next? If she makes it into the House, which seems taken for granted now — although we should remember “It’s never over ‘til it’s over” — Ocasio-Cortez will have the opportunity to really shake things up. No one in the House or the Senate, including Bernie Sanders, had called for abolishing Immigration and Customs Enforcement before she won the primary. None took a strong stand in defense of Palestine, even after the recent massacre in Gaza.

She will also face the intransigence of a party that speaks in the name of the people, but is as much a creature of the billionaire ruling class as the Republicans are.

She will have to be a brave person in a den of thieves.

We cannot predict how all this will play out. But one thing is clear: The people who voted for her want a big change, and they’re not at all afraid of the word “socialist.”

They are confirming what polls have shown for quite a few years now, but the corporate media have studiously avoid mentioning: More people in the U.S. have been telling pollsters that they favor socialism than prefer capitalism. That is a huge change from the past.

Capitalism has become a dirty word for many as this economy turns millionaires into billionaires and workers into paupers.

Generally, “democratic socialists” do not prepare the people for revolutionary struggle, the kind that would truly break the capitalist rulers’ hold over the wealth of society and the means of production. Whether here or in Europe, they spread illusions that real change can come through the “democratic process” — even though that process is overwhelmingly bought and paid for by the ruling class, and has all kinds of tricks to disenfranchise the workers, especially those most oppressed.

But history has shown that to reach the point of really being ready to chuck the system into the garbage heap of history, the mass of people need to see with their own eyes that there is no easy way to do it — that it takes organization, mobilization and revolutionary leadership.

If Ocasio-Cortez is able to stick to her program once she’s surrounded by the slick compromisers in Congress, she could help show people that capitalism always works to corrupt the political process supposedly “of the people, by the people and for the people.” She could be part of the process of people understanding why they need to mobilize independently of the system’s political machinery.