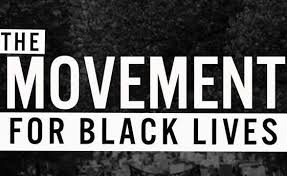 The following statement was issued by The Movement for Black Lives at policy.m4bl.org.

The Movement for Black Lives joins MiJente and the national call to shut down U.S. attorney general Jeff Sessions, abolish ICE (Immigration and Customs Enforcement), and resist a fascist future where families are caged.

We understand that this moment represents the continued legacy of detaining, abusing, and separating Black, Brown and Indigenous people. This is an intentional legacy, bolstered by policies and safeguarded by police, judges, and elected officials meant to harm and destroy our communities and our commitment to a different and just world. Further, we are also clear that it is the violent and oppressive role of the United States abroad, and specifically in Central America, that has displaced many of these families and led them to this country seeking safety.

As a movement that is pro-Black, pro-woman, pro-LGBTQ, pro-migrant and pro-family, we are appalled by this Administration’s actions. Children and their families belong in safe places, not detention camps. The internment of children at the border pushes all of us to call into question the state apparatus, and its continued operation as a detriment to the lives of Black, Brown and Indigenous people across the world.

As a member of The Majority, a coalition representing movements and organizations across the country, we are united in calling for all of our communities to come to together to protect and defend each other. Whether it is the murdering of Black children by police like Antwon Rose in Pittsburgh or the caging of children and families at the border, it is more clear than ever that freedom will come as a product of our collective work.

“We must love each other and support each other” is more than a chant — it is a mandate for how we must show up in these times. We are freedom fighters who stand on the shoulders of our Ancestors and side by side with our comrades as we fight for a world in which our collective liberation is realized; join us.