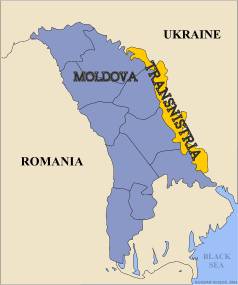 Communists and socialists in the former Soviet Union and worldwide are calling for the immediate release of Oleg Horzhan, leader of the Communist Party of Transnistria, and dozens of other jailed party members and supporters.

A wave of repression against the communists began on June 2 following a public gathering in the central square of the capital, Tiraspol. Horzhan, who is also an elected member of the republic’s Supreme Council, was stripped of his parliamentary immunity and arrested on June 6.

Transnistria, also known as the Pridnestrovian Moldavian Republic, is an “unrecognized” state in Eastern Europe. Transnistria’s people proclaimed independence from Moldova in 1992, during the breakup of the Soviet Union, rejecting the capitalist counterrevolution and abandonment of Soviet norms.

The Communist Party of Transnistria has been a leading political organization in the republic since its founding. The communists have sought to defend the social gains of workers and the country’s historic social and economic ties with other former Soviet republics in a region increasingly controlled by U.S./NATO-dominated right-wing governments.

Following elections in late 2016, a new government headed by a former military officer, Vadim Krasnoselskiy, took power, with a strongly pro-capitalist orientation. The new government has deepened its ties with the ruling oligarchy in Moldova.

The current crisis began when the new authorities banned the traditional May Day demonstration in Tiraspol this year.

In response, the Communist Party attempted to organize a protest. After government agencies denied several requests for a permit to hold a rally, Horzhan called for a public meeting with voters in the central square on June 2 — something he was legally entitled to do as a member of parliament.

When people came to the square on June 2, the government organized provocations and arrested many people. Raids were carried out against Horzhan’s family members and other communists throughout the republic.

Horzhan gave a press conference in Moldova on June 5, where he explained: “Old people, women with children and just spectators were arrested. Subsequently, I learned that people who were arrested were beaten. I went to the police station and asked that they be treated humanely. They drove me away and told me not to appear again. Yesterday, all day, there were court sessions. We have still been unable to get a full list of those arrested,” the deputy said.

The next day, Horzhan was placed under arrest.

“At the meeting of the Supreme Council, Horzhan was stripped of his immunity, and he was detained by the Ministry of Internal Affairs. … Horzhan is accused of organizing an unauthorized rally and using violence against a government official, and he faces a fine of up to 30,000 Transnistrian rubles or imprisonment for up to five years.” (Regnum.ru, June 12)

Alexander Roshko, a leader of the Moldovan communist party, “Our Home Is Moldova,” and a former political prisoner himself, reported June 15: “Oleg Horzhan continues on hunger strike, despite appeals from citizens not to risk his life and health. He’s been taken by ambulance several times, but there is no thought of releasing Oleg for health care. Today the Supreme Court unjustifiably denied his appeal.”

Nadezhda Bondarenko, secretary of the Communist Party of Transnistria, thanked communists internationally for their support. She said: “At the moment, arrests and political persecutions continue. Some of our comrades are forced to hide, others are afraid not so much for themselves, but for the life and well-being of their loved ones.

“At the same time, the ruling regime is trying to destroy the last independent media that remain in the republic. Opposition journalists are persecuted and face massive pressure. So, on June 11, Tiraspol City Council deputy Alexander Samoniy — an employee of the press service of the Central Committee of the CPT — was arrested. The authorities could not forgive him for his truthful video reports about the June 2 events, in which Alexander showed people what the rulers of Transnistria wished to hide.

“But the Transnistrian communists do not intend to retreat, for our cause is just, we are defending the rights and lawful interests of ordinary people, we defend the principles of freedom and democracy, we defend the Republic created by the will of the people, which the oligarchs and their protégés in power are trying to turn into their own fiefdom. We will not disgrace the high title of communist — we will fight and win,” she concluded. (kp-pmr.ru)

Free Oleg Horzhan! Hands off the Communist Party of Transnistria!