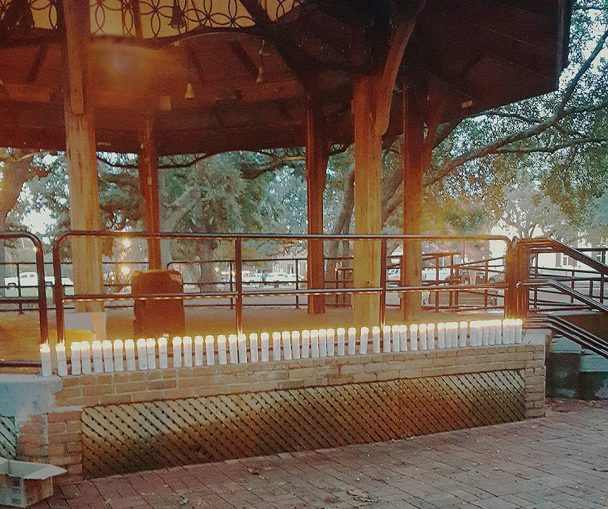 Candles for those killed two years ago at Orlando nightclub.

Pensacola, Fla. — June 12 marked the second anniversary of the deaths of a crowd of almost all LGBTQ people, mostly Latinx, massacred by a gunman at the Pulse nightclub in Orlando, Fla.

That evening Pensacola chose to hold a celebration of life for the 49 victims of the shooting, as opposed to a standard, solemn memorial service. Photos and biographies of each of the victims were clipped to lines between trees in a local park, so people attending could walk by and read about them.

In addition to a poem and remarks by local trans leaders, Workers World Managing Editor Minnie Bruce Pratt spoke, raising the connection between LGBTQ families torn apart by violence and bigoted law; the recent death in U.S. Immigration and Customs Enforcement custody of Honduran trans asylum seeker Roxana Hernández; and the current U.S. attacks on immigrant families. After the speakers, the name of each of the Pulse martyrs was read and a candle was lit in their memory.

The event was initiated and led by Strive, a transgender advocacy organi­zation in Pensacola. (facebook.com/
socialtransinitiative)