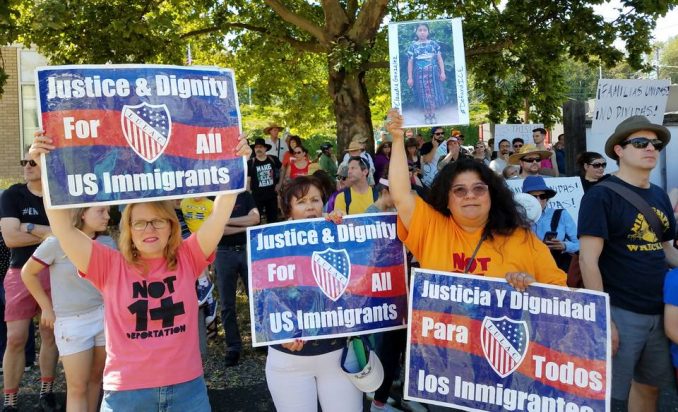 Hundreds of angry protesters demonstrated and marched in front of the Portland, Ore., Immigration and Customs Enforcement center on June 17, Father’s Day. A Syrian woman whose parents immigrated to the U.S. shouted, “Stop separating families!” She denounced ICE for tearing immigrant children from their parents, locking them in cages and shipping their parents hundreds of miles away to sit in prisons — just for seeking asylum. She told of one father who committed suicide after his daughter was brutally ripped from his arms.

Organizer Juan Rogel, 16 years old when his family came to the U.S., said: “It’s psychological trauma. You are always missing something. You miss your parents, your family. You miss your culture. You feel like you don’t belong, but at the same time, it’s where you belong.” Protesters plan to drive over 60 miles to a federal prison in Sheridan, Ore., to denounce the horrendous treatment of more than 100 ICE detainees there.