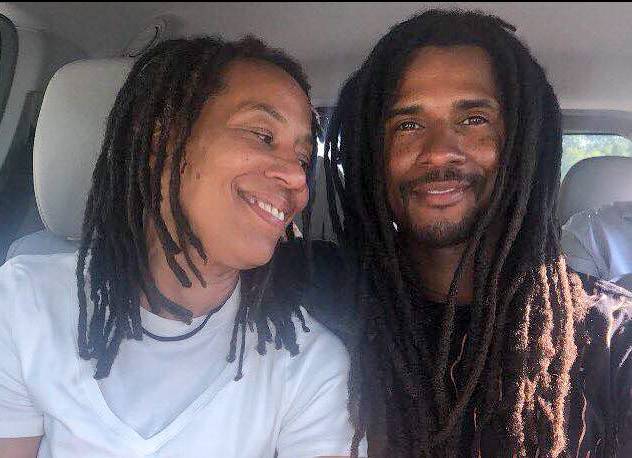 Debbie Africa with her son, Mike Africa, after her release on parole.

Philadelphia — In the early morning of June 16, after nearly 40 years of unjust imprisonment by the state of Pennsylvania, political prisoner and MOVE 9 member Debbie Sims Africa was granted parole and released from the State Correctional Institution-Cambridge Springs.

Messaging on Instagram, the MOVE Organization wrote: “Our sister Debbie Africa is FREE! What a beautiful day to find freedom! Let’s keep fighting for our bros and sisters still behind bars — Mike [Sr.], Eddie, Chuck, Janet, Janine and Delbert! The struggle is underway!”

This important victory comes exactly two years after Debbie, Janet and Janine Africa were last denied parole in 2016. Two MOVE members, Phil and Merle Africa, have died in prison, causes unexplained.  Other surviving MOVE members, including Eddie, Mike Sr., Delbert and Chuck Africa have been repeatedly denied parole since 2008, when they first became eligible under the 30-to-100-year sentences imposed after a police officer was killed during a raid on their home.

The Fraternal Order of Police, with members on the Pennsylvania Board of Probation and Parole, has consistently pushed for parole denials, claiming that MOVE members “refused to accept responsibility,” “lacked remorse” or posed a “risk to the community.”

Debbie Africa’s son, Mike Africa Jr., noted: “They don’t really want to be so quick to let people who are accused of killing a cop on parole. … [T]he parole board seems to be retrying them, asking them questions about the incident that seem to have nothing to do with the years they’ve spent. It’s supposed to be, ‘Have you been rehabilitated and can you be a member of a society and a productive citizen?’ The case has nothing to do with it.” (www.metro.us, April 25)

MOVE, a Philadelphia-based Black Liberation organization, was founded by John Africa in 1972.  MOVE maintained the mantle against police brutality and environmental destruction after all-out state campaigns decimated the ranks of the Black Panther Party and other liberation groups.

In May 1977 police obtained a court order requiring MOVE to vacate their Powelton Village home.  What followed was a tense 15-month siege of the surrounding neighborhood, including shutting off water to the house and preventing food or aid to be sent to the family.  Throughout the ordeal neighbors stepped up to support the family.

This Aug. 8 marks the 40th anniversary of the all-out assault by thousands of police on the MOVE house in 1978.  When the family still refused to leave their home, police launched an early morning raid, using thousands of rounds of munitions, water cannons and tear gas to destroy the compound and drive the family out.

During the raid, Philadelphia Police Officer James P. Ramp was killed by a shot to the back of the head. All MOVE 9 members were convicted of third-degree murder and conspiracy, even though no evidence linked any of them to the shooting. In fact, by immediately razing the entire property, police destroyed any potential evidence that would have helped the MOVE 9 prove their innocence.  Police made no efforts to preserve the crime scene or measure for ballistic angles.

Debbie Africa, then 22 years old, was in the house during the 1978 attack with her 23-month-old daughter, Michelle. She was eight and a half months pregnant with her second child, Mike Jr. She has described the terror of the police attack. (onamove.com/move-9/debbie-africa/)  When family members woke up to find police surrounding their home, they quickly gathered up children and dogs, going to the basement where they thought they would be safe.

“We huddled together scared because we knew cops had lots of guns and other weapons, we didn’t know how they were gonna do it, but we knew their plan was to kill us.  Cops were yelling over a loud speaker for us to come out the house … but we didn’t trust them so nobody went out there.”

Debbie described how police used fire hoses to forcefully spray water through a broken window in the basement, with enough impact to throw two-by-four oak beams across the room, literally tearing the house apart and killing dogs in the process. Then a second wave of water came through another window, catching them in a cross fire of water. The cops started throwing smoke bombs and tear gas into the basement and began shooting directly at the people inside.   The smoke was so dense Debbie could not see her child’s face.

While she survived the raid, Debbie’s daughter was snatched from her arms by police.  On Sept. 15, 1978, in a prison cell, she gave birth to her son. Debbie wrote: “I have not been able to physically mother my son and daughter, who are now parents themselves. Two of my MOVE sisters who are in prison with me, Janine and Janet, both had young children at home on Osage Ave. when we were sent to prison, and their children were murdered on May 13, 1985, by the same Philadelphia cops who attempted to murder us on August 8, 1978.”

The struggle must continue

Debbie’s release did not come because the state suddenly decided to do the right thing.  It was the result of a 10-year consistent campaign to win parole for the MOVE 9. More work remains to be done.

Mike Jr. noted that the FOP’s push to deny the MOVE 9 parole extended to other political prisoners.  In 2016, when former Black Panther Party member Sundiata Acoli, age 80, was to be paroled by court order, police “unions” successfully challenged this all the way to higher courts, getting his sentence extended for another 15 years.

Another former BBP member, Veronza Bowers, was due to be released on mandatory federal parole in 2004 only to have the gates closed on him after intervention by the FOP. This March 13, when Herman Bell was granted parole in New York state after 44 years in prison, police organizations tried to get the parole rescinded.  As a result of public pressure, Bell was finally released on April 27.

However, despite the FOP, the movement to free the MOVE 9, Mumia Abu-Jamal and all political prisoners will continue buoyed by Debbie’s victory.  There is no sitting on the sidelines. Find out more about the MOVE 9 and their fight for freedom at onamove.com and move9parole.blogspot.com.