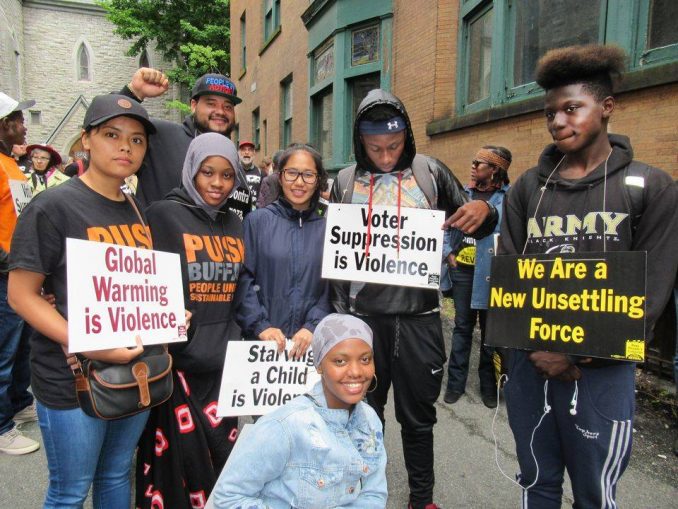 Albany, N.Y. — New York state legislators were challenged on June 4, when a multinational force of more than 200 people blocked the entrance to the governor’s office and legislative chambers here in Albany, the New York state capital. Carrying banners and signs, the protesters — 27 of whom were arrested — chanted to demand decent health care and an end to the ecological devastation that most harms working-class communities and people of color.

The protesters were with the Poor People’s Campaign: A National Call for Moral Revival. Before this fourth week of civil disobedience here, they have marched and rallied on the Capitol lawn and occupied its halls, singing civil rights songs and hanging banners.

PPC actions are being held in Washington, D.C., and 35 states. On June 4, hundreds were blocked from entering the Capitol in Frankfort, Ky., including the Rev. William Barber, founder and co-chair of the campaign.

The city of Albany has attempted to bill the PPC $1,451.49 in security costs — after they chose to heavily police our peaceful actions.

The PPC plans to proceed with week five, demanding “the right for all to live and organize: jobs, income, labor and housing!”