Events around the U.S. expressed solidarity with Palestine during the first two weeks in June. Here is a sampling from WW correspondents. 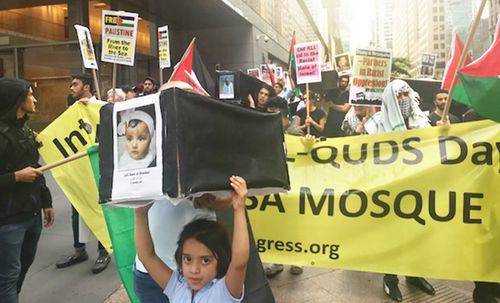 Within Our Lifetime/United for Palestine held a community Iftar on June 8, Al-Quds Day, at the Solidarity Center in New York City to celebrate the Palestinian people’s right to resist until return and liberation. 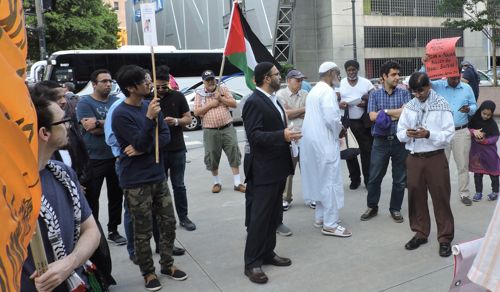 More than 100 demonstrators gathered at CNN headquarters in Atlanta for Al-Quds Day. There, they held a rally, with speakers from Christian, Islamic and Jewish organizations as well as secular solidarity groups, including the International Action Center and Jewish Voice for Peace. The rally was followed by a march through downtown Atlanta to Troy Davis (Woodruff) Park, another short rally and then a march back to CNN.

A midday protest on June 5 in Milwaukee focused on the Israeli ambassador, who was speaking at the war memorial. The protesters were a multinational group, outraged that the ambassador came to peddle U.S.-Israeli genocidal lies during a luncheon. At the 3-hour protest, which began outside the war memorial building, participants chanted, “Free, free Palestine!” and other slogans loud enough to be heard clearly inside the luncheon. The protesters then moved to where those who attended the luncheon were exiting the parking lot and chanted, “Shame!” for their complicity in the slaughter of Palestinians and in the U.S.-Israeli theft of Palestinian lands. Numerous labor, community, peace and anti-war organizations united to publicize and participate in the protest. 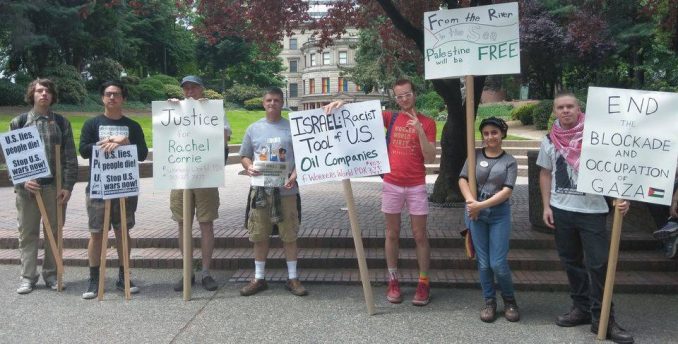 Members of the Workers World Party Portland, Ore., branch organized a demonstration June 8 in response to the Palestinians’ call for support of their ongoing anti-colonialist struggle. Demonstrators joined an event for housing justice and were given a platform to speak. They condemned the deliberate murders of medic Razan al-Najjar on June 1 and journalist Rachel Corrie on March 16, 2003.