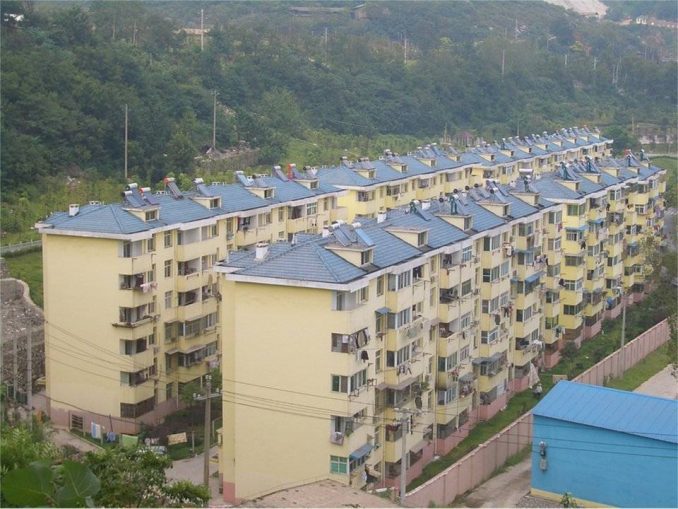 It’s easy to feel gloomy when all your news input comes from the powerful media conglomerates controlling what most people in the U.S. see and hear. Their focus is on horror and violence, and there is plenty of that to go around.

When it comes to the environment, we read about melting glaciers, deaths from sweltering heat, destructive storms and rising sea levels. We also hear about the Trump administration’s reactionary retreat from even the mildest government efforts to mitigate global warming. And, of course, all of this is true.

But something else is going on in the world, and it’s very big. Yet, for obvious political reasons, we don’t hear much about it.

You see, something CAN be done about global warming. And the country that is doing the most is one that just two generations ago was mired in poverty and underdevelopment: the People’s Republic of China.

A report on how much new investment around the world was spent on renewable energy in 2017 was published this April 5 by Bloomberg New Energy Finance, the sustainable energy finance center run by the United Nations Environment Programme, and the Frankfurt School of Finance & Management.

This report got barely any attention from the powerful mass media in this country. To them, it wasn’t newsworthy that almost half of the world’s new investment in wind, solar and other renewables — not even counting large hydroelectric projects — came from China. For every dollar that the U.S. invested in renewables, China spent three!

For China, it was a 30 percent increase over 2016. U.S. investment in this sector, however, actually dropped by 6 percent last year. The exact figures on new renewable energy investments in 2017 were China $126.6 billion, the U.S. $40.5 billion.

More than two-thirds of China’s investment went into solar energy, adding some 53 gigawatts of capacity. Wind was second, at nearly a third of the total.

This is not at all where China intends to be in the future, however, as renewables still account for only 20 percent of its total energy use. China has four times the population of the U.S. and has also become a huge factory for the world, so it uses a lot of energy.

What is important about these investment figures is that the Chinese government is carrying out an economic plan for the overall development of its economy — and that plan extends well into the future. It has consistently reached its goals, year after year. It has proven that rational planning on this scale is not only possible but absolutely necessary to bring its huge population up out of poverty — and to meet the challenge of global warming.

The United States has no such plan. How could it? The economy here is owned by competing and colluding billionaires whose driving purpose is to make as much money as possible. The government has long been the tool of this billionaire class. Trump has only made its totally chaotic and venal character more obvious.

Yes, there are capitalist enterprises in China. There are even billionaires. And that’s a real danger for a country building socialism. The Chinese Revolution has had great advances, but also great setbacks.

But the state, created by a profound revolution of the masses of people and led by the Communist Party, has not been overthrown. The working class itself has grown enormously since the revolution. In 2015, there were 225 million registered rural migrants working in the big cities — in other words, 225 million former peasants who had recently become proletarians.

And they are not passive. The power of the workers in China has been seen over the last decade in the hundreds — maybe even thousands — of strikes that have demanded better wages and working conditions, mainly against capitalist companies owned by foreigners.

Global warming is not an inevitability. It is tightly linked to which social class is in power. The day when capitalist exploitation is finally abolished, and the means of production are liberated to serve the needs of humanity, will be the day that planning can truly begin on a world scale to heal the wounds inflicted on our mother Earth.