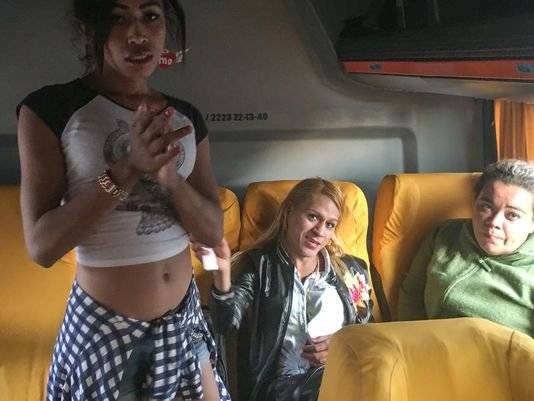 As of the beginning of June, LGBTQ Pride month, 13 trans people have been murdered in the U.S., the majority trans women of color. These are the deaths recorded by the Gay and Lesbian Alliance Against Defamation — the deaths that are reported.

Not counted in this heartrending number is Roxana Hernández, a migrant trans woman from Honduras who died in Immigration and Customs Enforcement custody on May 25.

She arrived at the U.S. border seeking asylum, in a caravan of Central American migrants organized by the advocacy group Pueblo Sin Fronteras. The caravan included several dozen other trans women fleeing from countries wracked by destabilization and violence, seeded and encouraged by U.S. imperialist policies and interventions.

Hernández was immediately detained and sent to the Cibola County Correctional Center in New Mexico. Ill with pneumonia and other HIV-related complications, she was hospitalized there. But seemingly she was then confined for five days in what immigrant rights groups call the “ice box” — ICE facilities notorious for freezing temperatures.

Roxana Hernández died there. She was 33 years old.

At the same time as she was dying, perhaps even in the same ICE facility, im/migrant families were being violently separated under the “zero tolerance” for immigrants-of-color policy of chief-bigot Donald Trump and arch-racist Attorney General Jeff Sessions.

Gut-wrenching stories are coming from ICE jails of detained mothers who can hear their children in the next room screaming for them. Parents are forbidden to see or reassure the children in any way and do not know where their children are being taken. A Honduran man, separated at the Texas border from his wife, his 3-year-old son physically wrenched from his arms by border police, committed suicide in despair in custody. Relatives in the U.S. seeking to claim the stolen children are being targeted for arrest even as they come forward.

These incidents — the death of trans woman Roxana and the brutal separation of families — are linked by the fact of U.S. state violence and persecution toward im/migrants.

But there is another link — the ugly bigotry of those in power who decide that some people deserve to live and others to die, that some kinds of families deserve shelter and safety and other families should be torn apart.

The bigotry that declares LGBTQ lives and families to be illegitimate, evil and undeserving of legal protection is also targeting migrant people and families, people of color, Indigenous families.

This is nothing new in a U.S. founded on the massacre of Indigenous people, families and culture and on the buying, selling and separation of African peoples and families.

But this month, LGBTQ Pride Month, the necessity to link the struggle against racism and the struggle for LGBTQ lives is made unmistakably clear, once again, by the death of Roxana Hernández.

Let us lift up the life of this trans woman of color, and the lives of the 13 other trans people we know of, mostly trans women of color, who have been murdered in the U.S. this year.

Let us march for liberation with signs held high and this determination in our hearts: “LGBTQ Pride smashes white supremacy!”