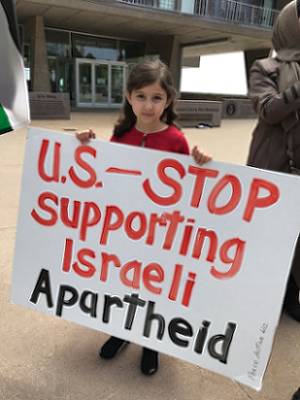 A midday protest on June 5 in Milwaukee focused on the Israeli ambassador, who was speaking at the war memorial. The protesters were a multinational group, outraged that the ambassador came to peddle U.S.-Israeli genocidal lies during a luncheon. At the three-hour-long protest, which began right outside the war memorial building, participants chanted, “Free, free Palestine!” and other slogans loud enough to be heard clearly inside at the luncheon. The protesters then moved to where those who attended the luncheon were exiting the parking lot and chanted, “Shame!” at them for their complicity in the slaughter of Palestinians and in the U.S.-Israeli theft of Palestinian lands. Numerous labor, community, peace and anti-war organizations united together to publicize the protest and participate.