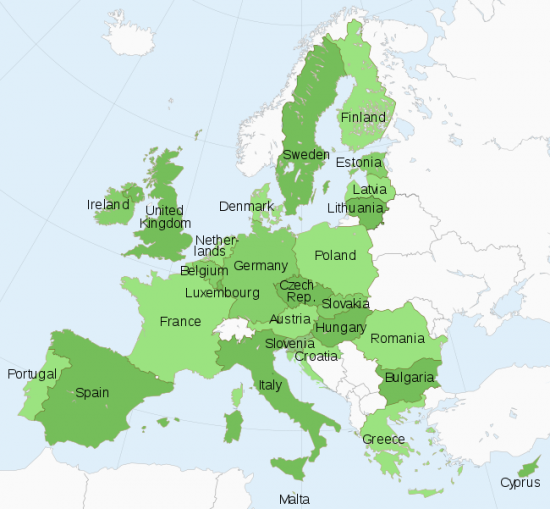 This article was published in the author’s Art of War column in the May 29 issue of Il Manifesto, published in Rome and translated by WW managing editor John Catalinotto. Rightist ideologue Steve Bannon has been supporting cronies in the European ultraright with phony nationalist demagogy in the interest of U.S. imperialism.

Bannon — the former strategist of Donald Trump, theorist of national populism — expressed his enthusiastic support for the alliance of the League with the 5 Star Movement for “the government of change.” In an interview he stated: “The fundamental question, in Italy in March, was the question of sovereignty. The result of the elections was to put in office those Italians who want to regain sovereignty and control over their country. Put an end to these rules coming from Brussels.” (Sky TG24, May 26)

However, it does not say, “Put an end to the rules coming from Washington.”

It is not only the European Union that is exerting pressure on Italy to guide its political choices, dominated by powerful economic and financial circles, especially in Germany and France, which fear a break in the “rules” that serve their interests.

Strong pressure is exerted on Italy, in a less evident but no less intrusive way, by the United States, which fears a break in the “rules” that subordinate Italy to its economic and strategic interests.

This is part of the policies Washington has adopted toward Europe, through different administrations and with different methods, but pursuing the same objective: to keep Europe under U.S. influence.

NATO is a key instrument in this strategy. The Treaty of Maastricht establishes in Article 42 that the EU “shall respect the obligations of certain Member States, which see their common defense realized in the North Atlantic Treaty Organization (NATO).” And Protocol 10 on cooperation states that NATO “shall remain the foundation of defense” of the European Union.

Today, 21 of the 27 countries in the EU, with about 90 percent of the population of the Union, are part of NATO, whose “rules” have allowed the United States to maintain, since 1949, the position of Supreme Allied Commander in Europe and all other key commands. They allow the United States to determine the political and strategic choices of the Alliance, with agreements made under the table especially with Germany, France and Great Britain, and then have them approved by the North Atlantic Council, where according to the “rules” of NATO there is no voting or majority decision, but decisions are always taken unanimously.

The entry into NATO of the countries of Eastern Europe — once members of the Warsaw Pact, of the Yugoslav Federation and also of the USSR — has allowed the United States to bind these countries, to which Ukraine and Georgia are added and in fact are already in NATO, more to Washington than to Brussels.

Washington has thus been able to push Europe into a new Cold War, making it the first line of an increasingly dangerous confrontation with Russia. This strategy functions in the political, economic and strategic interests of the United States.

Emblematic is the fact that, just in the week in which Europe was bitterly debating the “Italian question,” the 1st Armored Brigade of the 1st U.S. Cavalry Division, coming from Fort Hood in Texas, landed in Antwerp, Belgium, without provoking any significant reaction. Some 3,000 soldiers landed, with 87 Abrams M-1 tanks, 125 Bradley combat vehicles, 18 self-propelled Paladin cannons, 976 military vehicles and other equipment, which will be deployed to five bases in Poland and sent from there close to Russian territory.

This continues to “improve the readiness and lethality of U.S. forces in Europe,” to which $16.5 billion was added since 2015.

Just as the tanks sent by Washington landed in Europe, Steve Bannon encouraged Italians and Europeans to “recover their sovereignty” from Brussels.