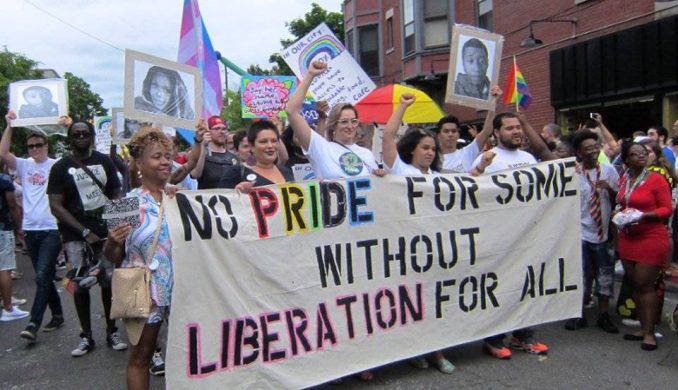 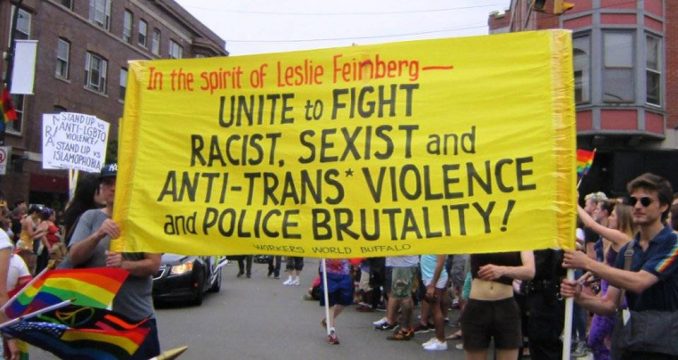 Youth from Queers for Racial Justice and Workers World Party marched in the Pride Parade in Buffalo, N.Y., on June 3 in a fightback contingent that challenged the tone of the otherwise heavily corporate celebration and became a magnet for militants. They carried banners and signs confronting anti-LGBTQ oppression, racism, sexism, war and Trump’s entire anti-worker program. Placards raised support for immigrants, the Black Lives Matter movement, defense of trans women of color, and demands for economic justice and affordable housing. Many other placards had photos devoted to the victims of police brutality. The contingent got enthusiastic cheers from the packed crowd all along the parade route.