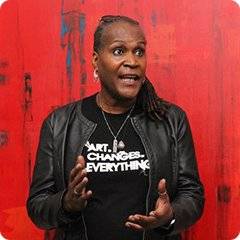 Minneapolis is now the eighth U.S. city to call for ending the U.S. blockade of Cuba. The City Council unanimously voted on May 25 to build “a new cooperative relationship between the U.S. and Cuba and to immediately end all aspects of the U.S. economic, commercial and financial embargo against Cuba including all restrictions on travel to Cuba.”

The Minnesota Cuba Committee organized support for this resolution. Its primary author was City Councilmember Andrea Jenkins. According to her city biography, Jenkins is “a writer, performance artist, poet and transgender activist. She is the first African American openly trans woman to be elected to office in the United States.”

Although the U.S. formally maintains an embassy in Havana, which was reestablished in 2015, staff reductions made permanent on March 2 have turned the building into a shell, unable to process visas for Cubans wanting to visit or migrate to the U.S. At the same time, the U.S. has ordered 17 Cuban diplomats to leave the U.S., targeting staff who work to develop the blockade-limited commercial relations between U.S. entities and Cuba.

An essential part of regime change plots hatched in the U.S. State Department is to block the truth about Cuba’s socialist revolution from reaching the general U.S. population. But polls show that the Trump administration’s hostile Cuba policy is out of step with popular sentiment in the U.S. as well as across the globe. The United Nations General Assembly annually votes against the unilateral U.S. economic strangulation, most recently by 191 to 2 with only the U.S. and Israel defending the blockade. 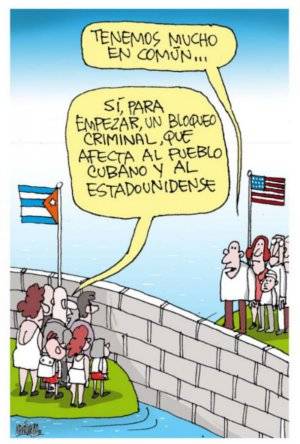 From May 8-20, Cuban artists participated in the two-week “Artes de Cuba: From the Island to the World” festival held in Washington, D.C. This celebration of Cuban music, film, visual art, culture and dance has been extended through June 3. How will other such artists now be able to wow U.S. audiences without visas?

In Cuba, art and sports are human rights along with health care and education. The Trump administration is trying to administratively choke off people-to-people “points of contact” between Cuba and the U.S. Recently inaugurated Cuban President Miguel Diaz-Canel said that the two countries can still build bridges. He told the artists: “I don’t believe that the current position will be eternal, and things like what you have accomplished in Washington … can open the way.” (tinyurl.com/yckoqoz7)

The following cities have also passed resolutions calling for ending the cruel U.S. blockade of Cuba, its much smaller island neighbor: in California, Richmond, Berkeley, Oakland and Sacramento; Brookline, Mass.; Hartford, Conn.; and Helena, Mont. In 2016 the California Federation of Labor passed a strong resolution against the blockade.

Read the Minnesota resolution at tinyurl.com/y8uptypd.