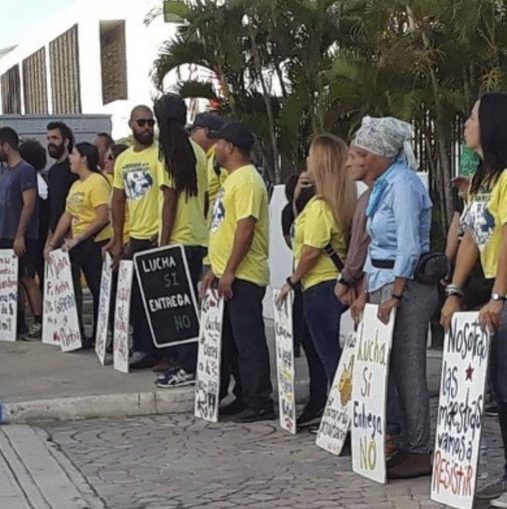 Excerpted from an April 28 message from Mercedes Martínez, president of the Teachers’ Federation of Puerto Rico (FMPR).

On April 18, the Oversight Fiscal Board, imposed by the U.S. Congress, submitted different fiscal plans for our country. … It’s Disaster Capitalism on hormones. This will mean thousands of [school worker] layoffs, hundreds of school closures, added to Law 85 that now allows 10 percent charter implementation beginning August 2018.

[Teachers] are facing the biggest attack ever.  We had a National Assembly that determined to strike May 1. If the government does not revoke these measures, on May 2 we will go to the governor’s mansion to demand he attends to our proposals. If they insist, during the week of May 7-11 we are planning a boycott against standardized testing.

[April 27] we had a civil disobedience action, which ended in police brutality against all the teachers that were protesting, being pepper sprayed. It was a protest against school closures and all these measures. … Police brutality was implemented against the protesters. Teachers resisted.

We expect more repression on May 1, and we will not back down. 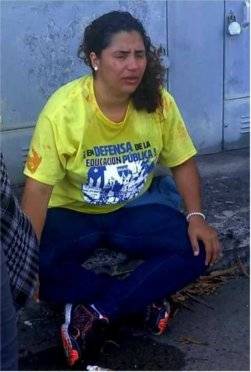