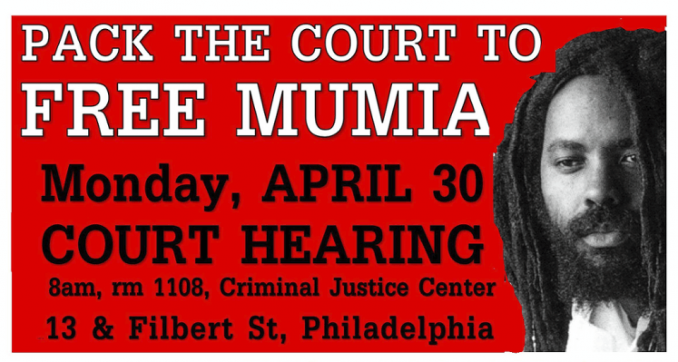 The rapper Meek Mill was released from prison on April 24 after the Pennsylvania Supreme Court ordered Philadelphia Judge Genece Brinkley, who jailed Mill in November 2017 for a probation violation, to immediately let him out.

Coming a week after District Attorney Larry Krasner’s office had called for a new trial for Mill, the state court granted him “extraordinary relief” based on doubts about the credibility of arresting officer Reginald V. Graham.

Graham, accused of lying to secure Mill’s conviction, was on a list of 29 “untrustworthy cops” made public by Krasner’s office in March. This “Do Not Call” list was used to warn prosecutors against using these officers as witnesses because their serious misconduct had raised credibility concerns. No defense attorney, including Mill’s lawyers, was ever told of the existence of this list until its recent release.

Mill stated, “Although I’m blessed to have the resources to fight this unjust situation, I understand that many people of color across the country don’t have that luxury and I plan to use my platform to shine a light on those issues.” (Philadelphia Inquirer, April 25)

Deandra Patrice Jefferson, with the anti-police brutality group Philly REAL Justice and an organizer on Mill’s behalf, said, “Meek’s case is representative of what goes on in Philly courts every day.  We are clear that the system here is corrupt. This case was just a linchpin and a catalyst for many issues.”

Mill has a broad support team of lawyers, athletes, performers and politicians, including both current Pennsylvania Gov. Tom Wolf and former Gov. Ed Rendell. Rendell has also held the posts of district attorney and mayor of Philadelphia, as well as head of the Democratic National Committee.

By coincidence, Mill was released on the birthday of Philadelphia’s most famous political prisoner: Mumia Abu-Jamal, a former Black Panther Party member and renowned journalist. Abu-Jamal is one of the “many people of color” without the luxury of support from well-heeled politicians.

In fact, Rendell played a key role in opposing Abu-Jamal’s attempts to win a fair trial. Gov. Wolf has repeatedly refused to meet with Abu-Jamal supporters, only begrudgingly accepting boxes of petitions calling for hepatitis C treatment for Abu-Jamal and 6,000 other Pennsylvania prisoners in 2016.

Since his arrest in December 1981 in connection with the shooting of Philadelphia police officer Daniel Faulkner, Abu-Jamal’s case has been rife with judicial corruption, including coercion of witnesses and withholding of information from the defense.

At least 15 of the 35 police officers involved in collecting evidence in the case were later found guilty of evidence tampering in other cases.  The state also claimed that it failed to do routine ballistics tests that would have proven whether Abu-Jamal had actually fired his gun or if his gun was even used.

In 2011 German researcher Dr. Michael Schiffmann of the University of Heidelberg discovered 26 photos taken by Philadelphia freelance photographer Pedro Polakoff, one of the first people to arrive at the scene after Faulkner was killed.

Polakoff offered his photos to police and prosecutors, but they were never used in Abu-Jamal’s 1982 trial or post-conviction hearings.

Polakoff told Schiffmann that it was the “most messed-up crime scene I have ever seen.” It was completely unsecured, a fact also testified to by Philadelphia journalist Linn Washington Jr. The photos strongly dispute prosecution witnesses’ testimony. Had Polakoff’s photos been given to the defense, they could have completely destroyed the state’s case.

Taxi driver Robert Chobert, testifying for the prosecution, claimed he parked just behind Faulkner’s squad car with a direct view of the killing.  In Polakoff’s photo of Faulkner’s car, Chobert’s cab is nowhere to be seen. It was also highly unlikely that Chobert, on probation at the time and driving a cab without a license, would have parked behind a police car.

Other Polakoff photos show police officer Steve Forbes holding the weapons recovered at the scene in his bare hands, even changing the guns from one hand to another.  At the 1982 trial Forbes denied directly touching the guns.

As damaging as these photos are to the prosecution’s case, without a new trial for Abu-Jamal they remain inadmissible as evidence.  The state has always known this, which is just one more reason they have done everything in their power to prevent him from having another day in court.

All out on April 30 to demand: ‘DA Krasner — Release the files!’

On April 30, Abu-Jamal supporters will be out in force starting at 7:30 a.m, filling the courtroom and the streets, to demand that DA Krasner do the right thing and release all the files related to former DA Ronald Castille’s role in this case.

A 2016 U.S. Supreme Court ruling, Williams vs. Pennsylvania, determined that Castille had violated the constitutional rights of Terrance Williams, since he had played a direct role in that case as DA but later, after becoming a State Supreme Court judge, refused to recuse himself when the case came before the court for a hearing. Abu-Jamal’s current appeal case is based on this SCOTUS ruling.