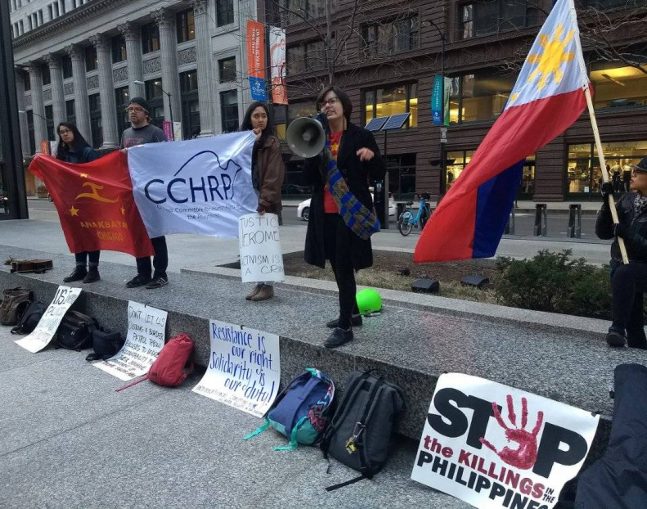 Chicago activists from numerous organizations spoke out on April 20 against the detainment, torture and deportation of Filipino, Moro Muslim, Indigenous activist Jerome Aba by U.S. Border Control this week.

A longtime peace and human rights activist, Aba traveled to the United States on April 17 for a scheduled meeting with the U.S. Council of Bishops and congressional representatives, as well as to participate in the “Stop the Killings” speaking tour. Despite having all relevant paperwork in order, including a 10-year visa, Jerome was detained and held for 28 hours, 22 of them without any contact with a lawyer.

“Why was Jerome silenced?” Love Jordan, an activist with Anakbayan Chicago, asked the gathered crowd. “Were they afraid of his message of peace and international solidarity? We are here today in righteous indignation and outrage at the inhumane treatment of our friend and kasama” [Tagalog for “comrade”].