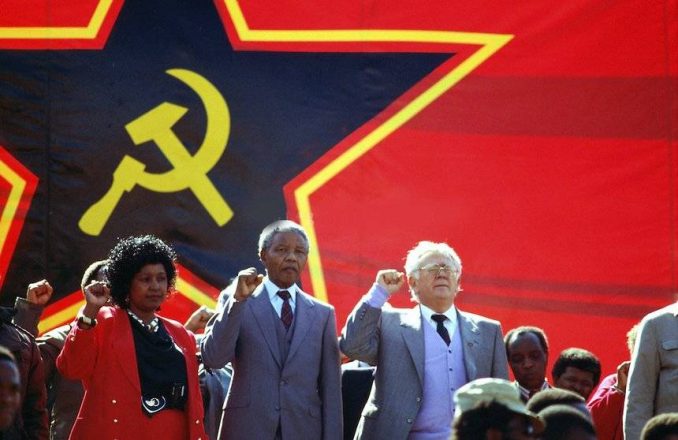 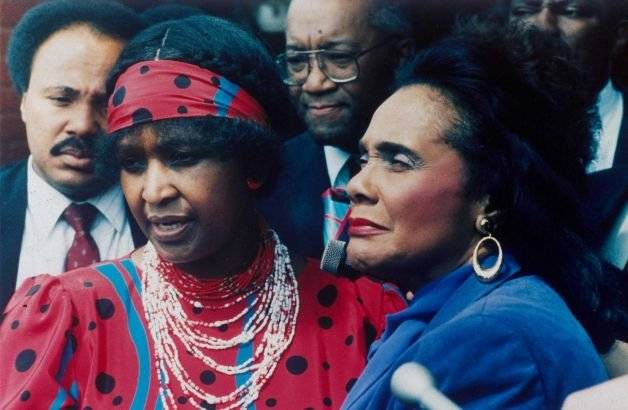 News broke on April 2 that Winnie Madikizela Mandela, revolutionary South African anti-apartheid activist, died at age 81. Also known by her birth name, Zanyiwe Madikizela, Winnie played a key role in the struggle against the brutal apartheid regime in South Africa that lasted until the early 1990s. She became an international symbol of African women’s liberation.

Winnie was married to Nelson Mandela from 1958 to 1996. During the 27 years he spent behind bars, she helped him communicate with the outside world and brought him political reading materials.

Winnie fought for a better world — not just in South Africa but globally — throughout her spouse’s imprisonment. The apartheid police state violently harassed, beat and surveilled her. She was expelled to a small Free State town, harshly betrayed by friends and former allies, and spent over 18 months in solitary confinement at Pretoria Central Prison.

Winnie was always keen to discuss gender roles in South Africa, particularly within the anti-apartheid movement. She often focused on revealing how the women and children of the nation were as important to the struggle as the popular male leaders.

In discussing the exceptionalism ascribed to Nelson Mandela, Winnie said: “Mandela was extricated from the masses. He was made an idol, almost Jesus Christ. This is … a lot of nonsense. The freedom of this country was attained by the masses of this country. It was attained by the children who gave their lives in 1976, who faced machine guns with stones and dustbin lids. It was attained by women who were left to fend for their families. They fought the enemy. We are the ones who fought the enemy physically, who went out to face their bullets.” (London Review of Books, Jan. 9, 2014)

The Soweto Uprising took place in 1976, just outside of Johannesburg, when a series of demonstrations by thousands of Black middle and high school students protested the implementation of the apartheid educational system. The students were met with enormous violence, as over 1,500 South African police fired into the unarmed crowd. The state reported a mere 23 casualties at the time, but the truth is that hundreds of students lost their lives due to police terror.

Winnie was one of the first to understand the significance of this international tragedy and was able to garner world attention to the murder and abuse of these children. Along with her campaign against this state-sanctioned violence, she also urged her then incarcerated spouse — who still maintained great influence despite his incarceration — to support the uprising. The Soweto Uprising became a pivotal moment in the anti-apartheid struggle, inspiring resistance in Black towns throughout the country.

For decades — until the very last weeks of her life — Winnie was a fighter. When college students united across South Africa under the slogan #FeesMustFall, setting off protests around the country in 2015, she joined them in the streets. Upon hearing of violent police crackdowns on the thousands of protesters, she announced that she would participate with the  crowd for another day of marching and protesting. Winnie militantly stated: “Let us see if the police will shoot with me in the front line. I dare them to.” (News 24, Oct. 22, 2015)

However, Winnie’s life was not without controversy, slander and false accusations. The apartheid-state police detained her on many occasions. In her autobiography, “491 Days: Prisoner Number 1323/69,” Winnie reported several beatings and torture by police and how she spent over a year in solitary confinement. (Ohio University Press, 2014)

In 1986, due to her vocal support of what was labeled a violent uprising by the masses, she faced strong political and personal defamation. In court her opposition cited a speech in which she said, “With our boxes of matches and our necklaces (referring to a practice known as ‘necklacing’ in South Africa), we shall liberate this country.” (Guardian, Jan. 27, 1989)

And throughout her life, Winnie did light boxes of matches. She was falsely accused of supplying arms for revolutionaries and of kidnapping. The Western media carried out a smear campaign against her, eerily similar to that against Black revolutionary Angela Davis during the 1970s.

‘We are the women’

Winnie — also known by her native Xhosa name, Nomzamo, meaning “she who tries” — spent her life as a freedom fighter and a woman of the people. As a powerful force of reckoning and reconciliation, of righting wrongs and rioting, she was undeniably a key figure from 1963 to 1991.  She showed the world the inhumanity and dehumanization of the apartheid system.

Like Assata Shakur, Angela Davis, Patricia Rodney, Leila Khaled and many other revolutionary women, Winnie Mandela never gave up the struggle.  Nor did she silence even one part of her own identify for the sake of a man or anyone else. In her memoir, she wrote: “I said I was not going to bask in his shadow and be known as Mandela’s wife; they were going to know me as Zanyiwe Madikizela. I fought for that. I said, I will never even bask in his politics. I am going to form my own identity.”

Winnie told reporters, “I am not Mandela’s product.  I am the product of the masses of my country and the product of my enemy.” (New York Times, April 2)

Upon Winnie Madikizela Mandela’s death, I am reminded of the Swahili saying, “Aliyefariki haoni dhiki,” which is translated to, “The dead feel no cold.”  It means that those who have died face no more oppression and do not suffer. The Mother of the Nation struggled, fought, reasoned, triumphed and pushed through for 81 fulfilling years. Now, she returns to the ancestors.