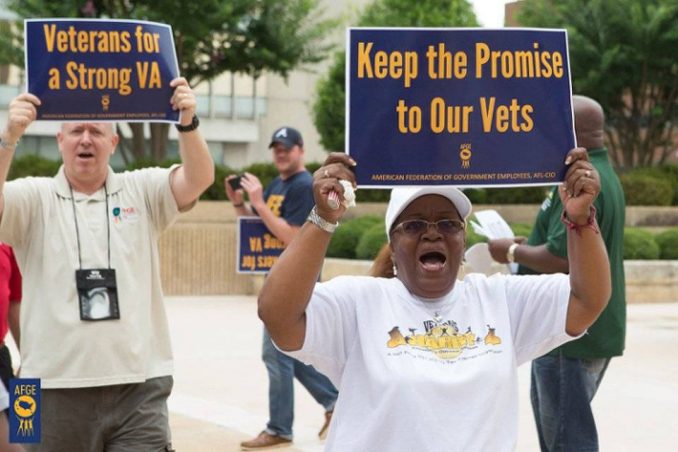 Seattle — On March 27, government workers and veterans decried the 49,000 vacant staffing positions at veterans hospitals across the country. Health care workers’ posts have been cut as part of an effort to privatize the Department of Veterans Affairs, according to spokespeople at the rally.

Dan Gilman of Veterans for Peace said privatization plans by the Trump Administration would result in a health care structure that lacked experience in treating veterans of many wars.  He called for establishing large coalitions to fight Trump’s plans.

Beverly Anderson, president of Local 3197, told the crowd that the local VA had lost 700 positions in the recent period due to cuts and management harassment. Activists chanted, “Hey, hey, ho ho, staffing shortages have got to go!”