International Women’s Day is commemorated on March 8. Established by women socialists in 1910, it is a day of solidarity with women in struggle against oppression, exploitation, racism, poverty and war.

With raised fists, militant marchers around the globe denounced the exploitative gender pay gap and anti-woman violence, both ills of capitalism.

Many demonstrators hit patriarchal capitalism itself. Empowered women workers demanded workplace respect and equal pay. Signs showed the #MeToo and #TimesUp campaign against job-related sexual misconduct is resonating around the globe. LGBTQ contingents were loud and proud, too.

Here are some highlights.

Strikes swept the Spanish state on March 8 as 5.3 million women workers and male allies left work in 200 cities and towns. Protesting the gender pay gap, workplace sex discrimination and domestic violence, women asserted, “If we stop, the world stops!” The March 8 Commission stated: “We call for a society free of oppression, exploitation and violence. We call for rebellion and a struggle against the alliance of the patriarchy and capitalism.” (CNN, March 8)

Ten unions called for a 24-hour strike. The CCOO and GTU, the bigger unions, called for two-hour work stoppages, saying these walkouts were “an unprecedented strike in our country’s trade union movement.”

At midnight, 24 hours of strikes and rallies began in Madrid. Trains stopped running. Women blocked roads there and in Barcelona. Students chanted, “Madrid will be sexism’s grave,” as 1 million people rallied in the capital’s Plaza de Cibeles. Thousands of women demonstrated in Vitoria, Bilbao and San Sebastian in the Basque country.

In Italy, a 24-hour strike by women workers was backed by labor unions and women’s organizations. Actions were held in dozens of cities. Air, road and rail transportation services and school and health programs were affected. Thousands of militant pro-choice students marched in Milan.

Throughout Europe, women joined in work stoppages and marches. In France, women called for pay equality and an end to anti-woman violence at the Place de la Republique in Paris, Marseilles and other cities. Solidarity actions were held in England, Wales, Scotland, Ireland and elsewhere.

Palestinian women in the Occupied West Bank rallied at the Israeli military checkpoint at Qalandiya, facing tear gas, and in Gaza, to protest the Trump administration’s recognition of Jerusalem as Israel’s capital. They called for an end to the occupations, freeing of all political prisoners and self-determination for Palestine. Thousands of women from throughout Gaza converged at the U.N. offices, calling for the release of the 63 Palestinian women, including 10 minors and 17-year-old Ahed Tamimi, jailed in Israel’s prisons.

Hundreds of women workers and students protested sexual and domestic violence and job and wage discrimination in New Delhi, India. Banners read: “Equal Rights for Women!” and “No rape!”

In Seoul, south Korea, women’s rights activists, together with labor unionists, held “#MeToo” and “Stop at 3 p.m.” signs, signifying that due to the gender pay gap women work for free after that time. The Korean Confederation of Trade Unions called on workers to leave their jobs at 3 p.m., and join the #MeToo campaign. The Korean Women’s Association decried the patriarchal social structure.

The Democratic People’s Republic of Korea commemorated this special day with a national meeting at the People’s Palace of Culture. The Socialist Women’s Union of Korea, its president Jang Chun Sil, and women officials and leaders of many sectors, participated. Women play an important role in all aspects of society; laws protect women’s rights, including in employment.

Thousands of women workers, farmers and others defied a ban and marched on Mendiola, the Philippines, against President Rodrigo Duterte’s regime. The women’s organization Gabriela organized the demonstration to “Fight Duterte’s misogyny and fascism.” In Manila, protesters condemned Duterte’s wave of extrajudicial killings and his brutal war on dissenters, and called him one of the worst violators of women’s rights.

Thousands of women rallied in Jakarta, Indonesia’s capital, to demand gender equality and an end to discrimination. On the prior weekend, thousands joined the Women’s March in Jakarta and protests in other cities. They demanded rights for domestic workers, migrants, Indigenous women, LGBTQ individuals, disabled women, sex workers and survivors of violence. The call resounded for reproductive rights for all women workers.

On IWD, Aboriginal activists called on all women in Australia to stand in solidarity with them in challenging widespread human rights abuses. Indigenous women are subjected to systemic oppression and multiple forms of racist and gender discrimination and violence. They face higher rates of police abuse and are the fastest growing prison population. The state is removing their children at rates exceeding those of “The Stolen Generations” of 1910-70.

A national campaign calls for self-determination, empower­ment and respect for the human rights of ­Aboriginal people. 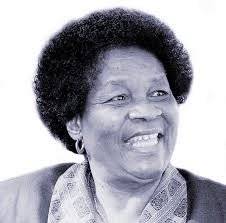 Deputy Minister of Arts and Culture Maggie Sotyu led a tribute to anti-apartheid resistance leader Albertina Sisulu in conjunction with IWD, in Gauteng, South ­Africa. When this hero died in 2011, at 92, she was the longest-serving African National Congress member — and had been persecuted and imprisoned by the apartheid state. Her spouse was ANC leader Walter Sisulu, who was imprisoned for over 25 years at Robben Island.

South Africa Women’s Day is commemorated on Aug. 9 because on that day in 1956, 20,000 women demonstrated in Pretoria against the identity pass requirement for Black women. Sisulu was a leader of this historic march, organized by the Federation of South African Women. In 1994, she was elected to Parliament due to her leadership in the ANC Women’s League and FSAW.

The Congress of South African Trade Unions commemorated IWD under the theme of “Time is now: Rural and urban activists transforming women’s lives.” The labor group pledged to fight for women’s emancipation and gender equality in all spheres and make “Equal pay for equal work” a reality for all women.

The National Union of Saharawi Women formally praised women in the Western Sahara for their role in the struggle for sovereignty and liberation from Morocco. The NUSW demanded an end to the Moroccan state’s violation of human rights and plunder of the Western Sahara’s resources, and called for release of all political prisoners.

A NUSW delegation, comprised of its leaders, women representatives from the occupied territories and “Diaspora” women, traveled to Spain and joined the March 8 strike in Madrid to call for women’s equality. Other events in Madrid and Getafe ended with calls for solidarity with and freedom for Saharawi political prisoners in Morocco’s jails.

Mass marches in Latin America and the Caribbean

Five thousand women from 34 countries attended a summit in the Caracol of Morelia Tzotz Choj zone of Chiapas, Mexico, organized by women in the National Liberation Zapatista Army. The “First International Gathering of Politics, Art, Sport and Culture for Women in Struggle” aimed to bring together women fighting back against patriarchal capitalism.

Members of the Lenca community demonstrated on March 2, the second anniversary of the murder of Berta Cáceres, Indigenous leader, environmentalist and socialist, outside the Public Ministry in Tegucigalpa, ­Honduras. She had led successful protests to stop a U.S./European bank-funded hydroelectric dam. That day, David Castillo, CEO of dam builder Desarrollos Energeticos SA at the time of her murder, was arrested for helping orchestrate it. His hearing was held March 8.

Daughters Bertha Zuniga Cáceres, current leader of COPINH (Civic Council of Popular and Indigenous Organizations of Honduras), which her mother co-founded, and Olivia Zuniga Cáceres, a Liberty and Refoundation Party legislator, are carrying on their mother’s fight — campaigning for U.S. legislation to stop U.S. military aid to Honduras. Legislator Cáceres has proposed the government cancel the dam’s construction and honor her mother on International Women’s Day.

Taryn Fivek, of the International Action Center, attended the Todos Somos Venezuela (We Are All Venezuela) conference early in March. She heard Delcy Rodriguez, president of the Venezuelan Constituent Assembly, assert, “The Bolivarian Revolution is a sanctuary for women and feminism.”

Venezuelan women lead 55 percent of councils and communes. A 2007 law bans anti-woman violence — in the workplace, medical settings, prisons and elsewhere. The 2012 Organic Law guarantees equal pay and other benefits for women workers, including pregnant women and mothers. Health care and education are free. Trans women are given prominent platforms.

In socialist Cuba, thousands of women celebrated their achievements in the Plaza de la Revolución in Sancti Spiritus. Teresa Amarelle Boué, a member of the Cuban Communist Party’s Politburo and Secretary-General of the Federation of Cuban Women, and other women officials attended. On IWD, women on this revolutionary island celebrate their achievements in education, government, health care, scientific research — and all sectors.