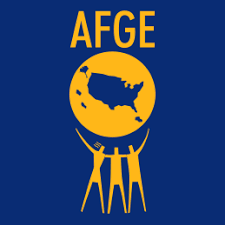 The Betsy DeVos-led Department of Education canceled its contract with nearly 4,000 DOE workers on March 12. The American Federation of Government Employees Council 252 had voted down DOE’s proposed collective bargaining agreement on March 5.

The DOE’s deliberately misnamed March 12 “collective bargaining agreement” — which AFGE properly calls a “directive” — strips workers of “previously negotiated rights and protections” and enforces draconian takebacks. It also interferes with AFGE’s — and every U.S. union’s — legal right to defend workers by denying representational time on the job. AFGE shop stewards would have to represent members off the job. Expecting the union to function without representational time would be “like asking the fire department to operate without fire trucks or a firehose,” says AFGE.

The union is fighting back. It filed an unfair labor practice charge with the Federal Labor Relations Authority on March 12. Council 252 President Claudette Young said in a statement, “Secretary Betsy DeVos and her management team are attempting to strip employees of their collective bargaining rights and kill the union.” (afge.org, March 19) An injury to one is an injury to all. Solidarity with AFGE!

In a victory for restaurant workers, Trump signed a budget bill March 23 that keeps tips in workers’ pockets instead of letting restaurant owners pocket them. The Department of Labor proposed a rule change Dec. 5 to allow bosses to keep tips from low-wage servers. The federal tipped minimum wage is $2.13 an hour. (National Employment Law Project, March 21)

Restaurant Opportunities Center United mobilized tipped workers, as well as busers, cooks and dishwashers, to testify at congressional hearings, protest in 20 cities and drop a “Trump, Don’t Steal Our Tips!” banner outside DOL headquarters in Washington, D.C. The DOL was found to be guilty of suppressing analysis showing that the proposed regulations would cheat restaurant workers out of billions of dollars. (Nashville Pride, March 23)

This victory is a triumph over harassment from both the boss class and customers. Workers, predominantly young Black men and all women workers, have to deal with predatory patron behavior or lose tips needed for rent and food.

As ROC United co-founder and president Saru Jayaraman said in a statement: This “represents a historic victory. The National Restaurant Association wanted to steal workers’ tips, but the workers said no.” She called this win “a testament to the power of workers standing up together.”

Pittsburgh teachers’ strike averted, but no contract yet!

No wonder the Pittsburgh Federation of Teachers voted overwhelmingly to strike. Their last five-year contract expired June 30, 2015, and the extension ran out in June 2017. The 2,400 teachers, 565 paraprofessionals and 20 technical-clerical workers haven’t had a raise in many years. After marathon bargaining ended Feb. 27 with a tentative three-year contract, the March 2 strike was called off.

But the teachers, likely emboldened by the successful teachers’ strike in neighboring West Virginia, still haven’t ratified a contract. Why? PFT President Nina Esposito-Visgitis told the Feb. 27 Pittsburgh Post-Gazette that salary, health care costs and transfers were “still on the table.” Although neither side may discuss contract terms, some member comments on PTF’s Facebook page reveal anger about no raises and rising health care costs. Revised ratification ballots are in the mail and will be counted April 11.

Posters with the mission statement of United Academics of Oregon State University were signed by 1,000 faculty on March 5. Under Oregon law, if a majority of the faculty sign union authorization cards within 180 days, the union will be automatically recognized. Besides raises, shared governance of OSU and working conditions that promote excellence are union goals. UAOSU is a joint project of the American Federation of Teachers and the American Association of University Professors.

Portland State University graduate teaching and research assistants approved their first contract March 9. The three-year deal covers about 800 workers in a joint campaign organized by AFT-Oregon and AAUP. It doubles minimum hours to 12 a week and provides a $184 signing bonus and annual inflation-based raises of 1.5-3.5 percent.

While the average PSU grad assistant currently clears about $925 a month after fees and health insurance, next year the university will pay 45 percent of the fees, rising to 80 percent in fall 2020. “We’re excited,” said bargaining rep Neal Kuperman. Noting that grad assistants can’t afford to live in Portland, he adds that the university needs them: “Without grad assistants it would be nearly impossible to teach all the courses required or do the research needed.”