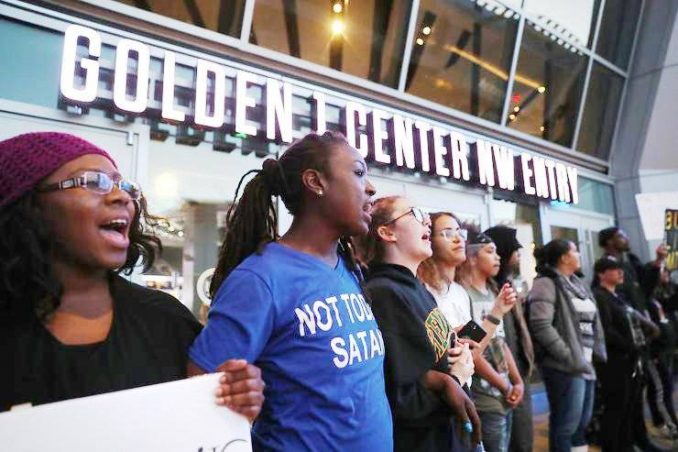 Another young Black man’s life was tragically taken March 18 when three Sacramento, Calif., police officers emptied 20 shots into the body of 22-year-old Stephon Clark in his backyard. The police justified the murder by claiming that Clark had a gun in his hand. It turned out to be an iPhone. Clark was the father of two young children.

Four days after the shooting, hundreds of angry protesters took to the streets, chanting, “Stephon Clark, say his name” and “Black lives matter,” as they marched onto Interstate 5 and then proceeded to the Golden 1 Center, home to the National Basketball Association’s Sacramento Kings. The visiting Atlanta Hawks were the Kings’ opponents that night. The protesters, however, had a different agenda.

Catching the police off guard, hundreds of protesters encircled the entire center, preventing thousands of spectators from entering the arena. This dramatic action delayed the game for 20 minutes; only 2,400 people saw the game in person. Surrounded by the players before the start of the game, the Kings’ principal owner, Vivek Ranadive, publicly offered condolences to Clark’s family.

Before their March 25 game, the Kings players wore warm-up shirts that read: “Accountability. We are one. #StephonClark.” At a March 23 protest, Clark’s brother, Stevante, shouted “20 shots” in each police officer’s face.