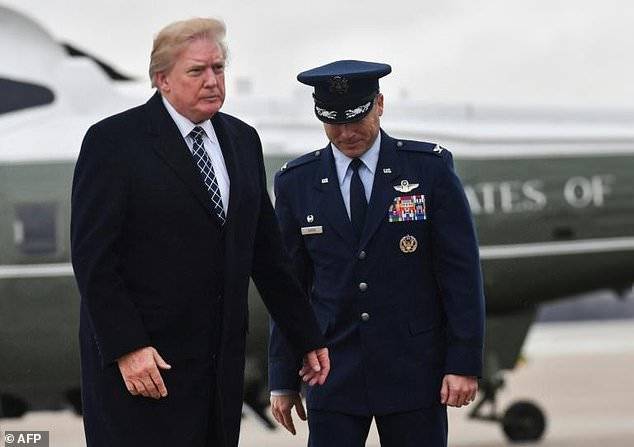 Trump has demolished the original loose coalition that included establishment figures in the White House and the Cabinet. This coalition had been put in place by the broader ruling class to balance the ultrarightists around Trump, and Trump himself.

March 24 — With the appointment of racist, militarist warmonger John Bolton to the position of national security adviser, Donald Trump has virtually transformed his regime into a bastion of ultrarightists.

With this transformation, Trump has demolished the original loose coalition that included establishment figures in the White House and the Cabinet. This coalition had been put in place by the broader ruling class to balance the ultrarightists around Trump and Trump himself.

The transformation has sharply increased the dangers of war and economic hardship for the masses. Leaders of the workers and the oppressed should take this development seriously and prepare for resistance now.

Trump and his handpicked, ultraright yes-men are basically in charge now. With the appointment of Bolton as national security adviser, virtually all the key positions in the White House and the Cabinet are now headed by extreme right-wingers and Trump lackeys.

The single exception is Secretary of Defense Gen. James Mattis. Known as “Mad Dog” Mattis, this Iraq war criminal and butcher of Fallujah has nevertheless sounded caution about nuclear war or first strikes against the Democratic People’s Republic of Korea. Mattis has also advocated for the U.S. staying in the Iran nuclear pact and has differed with Trump’s pro-torture statements.

The key foreign policy positions in any administration are secretary of state, secretary of defense, national security adviser and chief of staff. The head of the National Economic Council and the trade adviser are also key positions.

Trump has used his firing and appointment powers to see to it that each of these positions is now occupied by an ultrarightist who is compatible with his belligerent, racist, militaristic program.

Trump pushed out Gen. H.R. McMaster as national security adviser even though he was a war hawk. The reasons are partly political, partly personal and partly factional.  But the details are not as important as the fact that he has replaced McMaster with a superhawk, John Bolton.

Bolton on Feb. 28 wrote a major piece for the Wall Street Journal falsely arguing that there is a legal basis for making pre-emptive war against the DPRK. He is for regime change and for militarily removing the government of the DPRK, saying the south, which has been occupied by U.S. troops since 1945, should take over the north.

Not only does Bolton want to get the U.S. out of the Iran nuclear deal, but he also wants regime change in Teheran, and would use bombing to try to accomplish that.

He was an architect of the war in Iraq and still defends it. He was one of an influential group of neocons in the George W. Bush administration, along with Paul Wolfowitz, who gave policy fuel to Bush, Dick Cheney and Donald Rumsfeld to start the Iraq war.

This ambassador to the U.N. once said, “If they cut the top 10 floors off the U.N. it wouldn’t make any difference.”

Purge began with Priebus and ended with McMaster

The “moderate” side of Trump’s initial coalition consisted of such establishment figures as Chief of Staff Reince Priebus, former head of the Republican National Committee; Secretary of State Rex Tillerson, former head of ExxonMobil; Gary Cohn, number two at Goldman Sachs, who was head of the National Economic Council; National Security Adviser Gen. H.R. McMaster; and Secretary of Defense Gen. James Mattis. They are all gone now, with the exception of Mattis.

Priebus was pushed out early to be replaced by Gen. John Kelly — a racist, pro-Confederate, immigration hawk and former head of Homeland Security and the U.S. Southern Command.

More recently, Tillerson was ousted and is to be replaced by Islamophobic, Iran war hawk Mike Pompeo, who was brought over from head of the CIA and is closely connected to the Koch brothers. Trump and Pompeo have talked on a daily basis for months.

Next to go was Cohn, who had worked with Trump to push through the gigantic corporate tax-cut giveaways. But Wall Street has opposed Trump’s trade war policies of imposing tariffs, especially on imports from China. However, Trump imposed the tariffs anyway, siding with anti-China tariff hawk Peter Navarro, his trade guru, and billionaire wheeler-dealer Commerce Secretary Wilbur Ross. Cohn was forced out, replaced as head of the National Economic Council by Reaganite fringe economist Larry Kudlow. This vicious, anti-working-class, right-wing economist advocates for even greater corporate tax cuts as the cure-all for the economy.

‘Moderates’ are exploiters and war makers, too

It would be politically foolish to regard the ousted group of bankers, generals and corporate exploiters as “moderates.” Certainly, with respect to the workers and the oppressed at home and abroad, they were anything but moderate.

McMaster and Mattis were commanders in Iraq and Afghanistan, as well as war planners and war criminals. Tillerson was head of a global oil empire that plundered the resources of countries on all continents, especially in the MIddle East.

Cohn was the number two executive in Goldman Sachs, the firm with a high degree of responsibility for the economic collapse of 2007-09. Among other things, it had bundled and sold bad housing loans and then bet that the loans would fail. Those failed loans resulted in foreclosures and evictions for hundreds of thousands of homeowners and tenants.

Priebus, Tillerson, Cohn, McMaster and Mattis had been pushed into the Trump administration early on to ensure that the broad ruling-class establishment would have policy input. The strategists of imperialism did not want Trump to wreck their world political, economic and trade apparatus. They have nurtured this apparatus, which includes the U.N., the International Monetary Fund, the World Bank, NATO, the Organization of American States, the World Trade Organization, the North American Free Trade Agreement and various imperialist trade agreements, immigration practices, etc. All this has been carefully constructed and painstakingly maintained for decades in the interests of fostering U.S. imperialist interests.

Trump’s campaign rhetoric was directed against all these institutions and policies. The ruling class was especially afraid of Trump’s attacks on China, NAFTA, NATO and immigration policy, among other things. The bosses and bankers felt they needed a group in the administration who would give them a voice. They needed a way to counter Steve Bannon, Stephen Miller, Peter Navarro, etc., as well as Trump himself.

Trump has now silenced the voices of the establishment inside his administration, except for Mattis. No one knows where the dominant forces in the Pentagon will come down on the question of attacking the DPRK or Iran. But all mass organizations have to prepare themselves to resist an escalation in the war drive.

The ruling class always carries on its wars at the expense of the working class and the oppressed. This goes for military wars as well as trade wars.

This fact is invisible to the labor bureaucracy. AFL-CIO President Richard Trumka and Vice President Leo Gerard, head of the Steel Workers Union, have hailed the tariffs on steel and aluminum as a victory for creating jobs. These labor lieutenants of the ruling class are trying to protect their comfortable positions and their oversized salaries.

Meanwhile, tariffs will cost jobs. And not just the jobs of U.S. workers, but the jobs of Chinese, Japanese and Korean workers due to the contraction of steel and aluminum production.

China has already imposed limited tariffs on U.S. goods. The producers of those goods will engage in layoffs if the bosses are not stopped. Workers World newspaper of March 15 reported that when, for 13 months in 2002, President George Bush imposed tariffs, 200,000 workers lost their jobs.

Instead of hailing tariffs as a way to get jobs, true labor leaders would be fighting for all those steelworkers, coal miners and other industrial workers whose jobs have been destroyed by the bosses’ technology and offshoring. They would make the capitalists responsible for layoffs and unemployment and demand a jobs program for displaced workers.

The narrow-minded, selfish labor bureaucrats are hailing the tariffs in the same way they fought for the Dakota Access Pipeline, which trampled on the rights of Indigenous people and was a blow to the environment. A true working-class mentality puts the interests of the entire class ahead of the narrow interests of a tiny section of higher-paid workers.

It is worth noting that Trumka and company did little to support the teachers of West Virginia, who waged a heroic strike in a “right-to-work” (for less!) state.

People below move in opposite direction from Trump

Trump, the ruling class and the do-nothing heads of labor are all moving in the direction of political reaction. But the people are moving in the exact opposite direction.

Over a million students came out in hundreds of demonstrations against the National Rifle Association on March 24. Their slogans were moderate, but the spirit of determination to push back the gun lobby and expose the politicians who take their blood money was something new.

Over a million women came out for the Women’s March last January to answer Trump’s hateful misogyny.

The Black Lives Matter movement laid the basis for the societywide consciousness about racist police murders.

The Deferred Action for Childhood Arrivals solidarity movement has raised consciousness about the inhuman deportations and the destruction of immigrant families.

The reactionary current emanating from the upper echelons of ruling-class society is bound to eventually clash with the progressive current coming from the lower echelons — the poorer sections of the workers, the oppressed communities, the immigrants, the women, the LGBTQ community and the students. Reaction cannot hold forever.