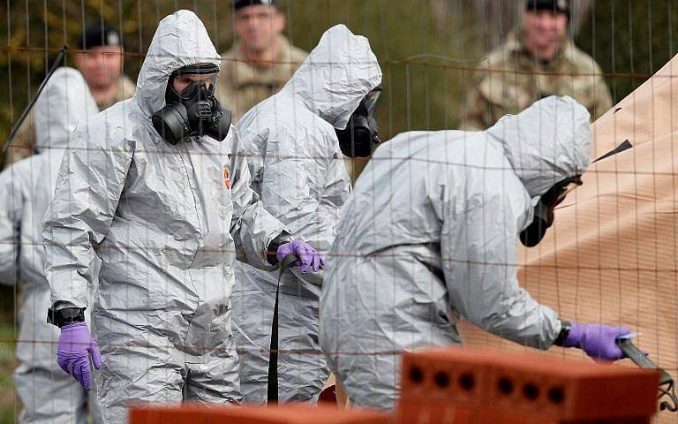 Right-wing British Tory Prime Minister Theresa May, her ultra-right Foreign Secretary Boris Johnson and the gutter media owned mostly by multi-billionaire Rupert Murdoch have been waging a propaganda war against Russia since March 14.

The Tory regime even expelled 23 diplomats from Russia’s London Embassy, claiming, without offering evidence, that Russia was responsible for a nerve-gas attack on a second-rate former Russian spy and his daughter.

The British ruling class has 300-plus years of experience of lying to protect its colonial and imperialist interests. There is no reason to trust them. Ask, Irish, Indian and Kenyan liberation fighters against British colonialism. Ask why NATO troops have been placed in countries on Russia’s border.

The attacked spy, Sergei Skripal, released in an exchange 20 years ago, has been out of service since. Besides no evidence, the British imperialist officials have no reasonable motive they can hang on the Russian government for risking murder with an illegal nerve agent. The Russian government denied involvement and expelled 23 British operatives in response.

Labor Party leader Jeremy Corbyn suggested that, lacking evidence and motive, it was foolhardy to rush to judgment and launch a 2018 version of the Cold War. Corbyn reminded the population that the “weapons of mass destruction” ploy used 15 years ago to justify the aggressive and utterly destructive war against Iraq was a fiction.

The British ruling class and the right wing of his own party are subjecting Corbyn to withering attack. May and Johnson have threatened additional sanctions against Russian exports.

But who would gain from increasing economic sanctions against Russia? U.S.-based fracking interests, Qatari gas exporters and even North Sea energy interests lead the pack.