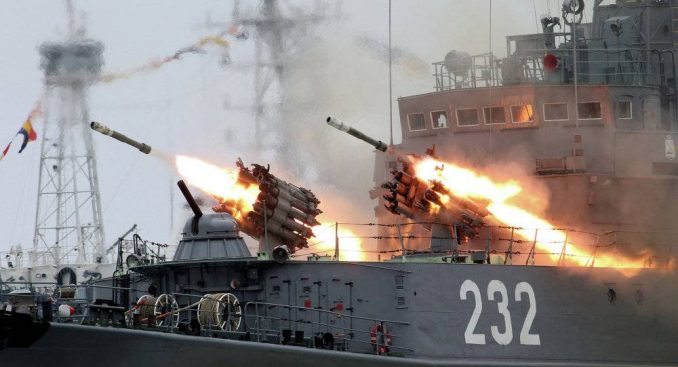 Bigger guns are destroying children’s lives in U.S. schools than the AR-15 used in the heinous Florida school murders.

Schools across the country are facing untenable choices of what programs to slash and how many teachers to cut, with an impact that puts millions of young lives and futures at risk.

These cuts in essential programs are because each year the U.S. military budget is relentlessly increased by 10 percent. Some of this increase is hidden in cost overruns and military “supplements” for ongoing wars in Afghanistan, Iraq and Syria.

In order to “balance the federal budget,” annual 5 percent cuts are ordered, on average, to “discretionary spending” in federal agencies and also to state and city programs.

Federal funding makes up an average of 31 percent of state budgets in 2018. Even where local tax increases or bonds attempt to fill the budget gap, this increased revenue is not enough to make up for cuts in state funding, due to federal cuts.

On a national level, state education funding per student is lower in 2018 than in 2008. Education workers’ job benefits such as health care premiums and pensions are cut, or increased costs are demanded from these already underpaid city and state workers.

But worse cuts are on the way.

Trump’s 2018 budget plans to increase military spending by $54 billion and cut nonmilitary programs by the same amount. The latest budget will dismantle numerous programs in health care, nutrition, affordable housing, the environment, science, the few remaining poverty programs, transportation and infrastructure projects that will affect the quality of life of millions upon millions of working and oppressed people.

U.S. military expenditures are already larger than that of the rest of the world combined, and U.S. weapons could incinerate the world many times over. To continue to expand this military, there is no essential program that the U.S. capitalist class is not willing to loot and destroy.

In order to justify this enormous theft of the peoples’ resources, the U.S. ruling class must create endless political crisis and military confrontations on an ever-more-dangerous scale. The resulting militarism permeates society with the poison of both random and calculated violence.

Meanwhile, profits are constantly increasing to the military corporations, private contractors, secret spy agencies, cyber warfare units and maintenance of more than 1,000 foreign military bases. Billions that could go to education are poured into research and development of new weapons systems.

Local police forces are armed with U.S. military equipment and tanks, and their training is coordinated with the military. This gives the cops, the local repressive arm of capitalist society, far more leverage in its ongoing war on communities of color throughout the U.S. These are the same cops patrolling the hallways of public schools, which have been turned into school-to-prison pipelines.

End gun violence in the schools!

Money for education, not for war and militarization!

Flounders is a co-coordinator of the International Action Center, a leading anti-war and anti-imperialist organization based in the U.S. (iacenter.org)