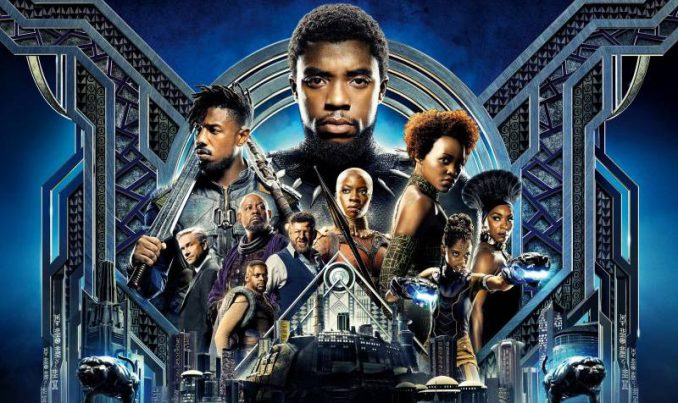 The movie “Black Panther” has financially taken the global film industry by storm since its official release in the U.S. on Feb. 15. Directed by the dynamic, young, multitalented African-American director Ryan Coogler and featuring a predominantly Black cast, “Black Panther” has accumulated more than $1 billion globally in ticket sales from Africa to China, including more than $600 million from the U.S. box office alone as of March 19. The movie shattered box-office records for the four-day “President’s Day” weekend in February.

According to comscore.com which, together with Screen Engine, conducts exit polls of film goers on a global scale, the racial composition of those attending “Black Panther” during the Feb. 16-19 holiday weekend in the U.S. was 37 percent Black, 35 percent white, 18 percent Latinx and 5 percent Asian. These are significant numbers, considering that the Black population is estimated to be around 14 percent of the general U.S. population.

The Disney-produced, Marvel comic book-based movie had a budget of $200 million. This is the largest amount of money ever given to a Black director to make a Hollywood film.

This is only the third feature film made by Coogler, who is a native of Oakland, Calif. His first was “Fruitvale Station,” which focused on the real-life murder of Oscar Grant, a 22-year-old Black man, who on Jan. 1, 2009, was shot in the back by a white Bay Area Rapid Transit police officer as Grant lay facedown on the Fruitvale Station subway platform in Oakland. The murder was captured on cell phone video. Following a rebellion in Oakland, the officer was found guilty of manslaughter and served less than a year in prison.

Not only is “Black Panther” a box-office success historically. It has also been acclaimed by movie critics due to the brilliant acting and visuals.

There was much speculation on whether a big-budget movie directed by a Black director with a virtually all-Black cast could become a blockbuster:  Would white audiences pay money to see such a movie? “Black Panther” answered that question with a resounding yes.

What ‘Black Panther’ is and isn’t

Before the movie opened, many Black activists had the misconception that “Black Panther” would focus on the Black Panther Party, a revolutionary, anti-capitalist, anti-imperialist formation founded in 1966 on the principle of self-determination for Black and other oppressed peoples against racist and state repression. This is understandable.

But nothing could be further from the truth. It is highly unlikely that any studio bosses, who are still overwhelmingly white, would fork over $200 million to a Black director to bring forth a positive story featuring a national liberation organization.

“Black Panther” is very much rooted in the philosophy of Afrofuturism, a term first raised by white critic Mark Dery in his 1994 essay, “Black to the Future.” Since then it’s been made universally popular by Black authors like Octavia Butler and Ishmael Reed and artists Janelle Monáe, Jean-Michel Basquiat, Sun-Ra and Jimi Hendrix.

Author Ytasha Womack states that Afrofuturism is “the intersection between black culture, technology, liberation and the imagination, with some mysticism thrown in, too. It can be expressed through film; it can be expressed through art, literature and music. It’s a way of bridging the future and the past and essentially helping to reimagine the experience of people of colour.” (theguardian.com, July 24, 2014)

While there are themes dealing with colonialism and the legacy of slavery, the movie takes place in Wakanda, a mythical African kingdom that, has been free from white colonial rule, able to control its own resources, most notably vibranium, the source of unimaginable technological advances concentrated in Wakanda. This kingdom is run by T’Challa, played by the multitalented Chadwick Boseman, who maintains his throne by fighting off challengers. Boseman’s previous portrayals include Supreme Court Justice Thurgood Marshall, singer James Brown and baseball great Jackie Robinson.

T’Challa’s main protagonist is Erik “Killmonger” Stevens, played by another multitalented actor, Michael B. Jordan. This actor has appeared in all three of Coogler’s feature films, including his breakout role in “Fruitvale Station,” in which he played Oscar Grant. While T’Challa does not want to share the vibranium with other vulnerable nations, Killmonger, who is T’Challa’s cousin, seeks to share vibranium with other African and oppressed peoples of the world in order to fight off colonial domination. Many will view him as an internationalist.

In his opening scene, Killmonger is seen in a British museum, admiring African artifacts. When a white woman curator approaches him, he asks her what country each artifact comes from. He corrects her on some answers, saying that each of the artifacts was illegally stolen, much to her chagrin. Complicating his motives, Killmonger allies himself with a racist, white, South African mercenary, played by Andy Serkis, who also wants vibranium — to make a profit.

Once again, the real issue of colonialism is brought before the masses of people in movie theaters, many of whom are unaware of how wealth was stolen from the African continent over the centuries.

Boseman stated that despite his character being portrayed as the hero, he related more to the Killmonger character, stating: “Killmonger is trying to achieve greatness … but there’s an expectation of greatness for me. I don’t know if we as African Americans would accept T’Challa as our hero if he didn’t go through Killmonger. Because Killmonger has been through our struggle, and I [as T’Challa] haven’t.” (cinemablend.com)

Boseman deemed his character as being “privileged,” which is so true. Under this monarchy, he fights his challengers to hold on to his power while his “subjects” are onlookers.

Despite any political contradictions in this film, including a positive portrayal of a CIA agen, the film has, with no doubt, resonated deeply with Black audiences in the U.S. and throughout the African diaspora worldwide, especially youth, due to its positive cultural portrayals of African peoples that run counter to Hollywood’s historical and shameful racist movie stereotypes.

For this reason, “Black Panther” is worth seeing, along with the talented actors and the beautiful, stunning, African-themed costumes created by visionary costume designer Ruth Carter.