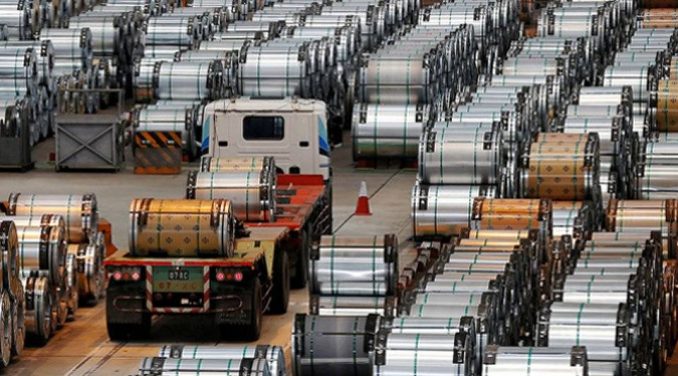 Taxes paid to the federal government will go up this week, by a yearly total of about $6 billion, if Trump goes ahead and signs an order imposing tariffs on imported steel and aluminum. That comes to an average of about $78 per year for a family of four.  It’s not a huge amount, but it adds up.

If Trump had said, “I’m raising your taxes,” he might have been denounced even by many of those who supported him. But he didn’t say that. He said he was protecting jobs.

Most of the media commentary on the president’s announcement concerned whether or not raising the prices of these imported commodities would encourage more production here. The consensus was that it won’t. Steel and aluminum plants have been shedding workers mainly because of changes in technology that eliminate jobs, not foreign competition.

But imposing import tariffs of 25 percent on steel and 10 percent on aluminum will raise the prices of goods made from them. It is also likely to set off a global trade war as other countries impose tariffs on U.S. goods — and that could lead to an actual loss of jobs here.

So why is Trump imposing this hidden tax on the people?

Is he scraping the bottom of the barrel for government revenue so as to make a little dent in the huge budget deficit? It has really ballooned since the capitalist political establishment cut taxes on the rich while raising the military budget sky high.

The national debt has now exceeded 20 TRILLION dollars. Paying just the interest on the debt is now the fourth-largest item in the federal budget. The financial institutions are laughing all the way to the bank, even as payments on this huge debt eat up any useful social programs.

We can’t know exactly what Trump’s motives are (assuming that he knows himself) without getting into the mind of this scheming billionaire, and who wants to go there?