Women’s History Month is a federally declared annual event that highlights the contributions of women to historical events and contemporary society. As a Black woman in contemporary society, there are many issues that affect me and my community at large. Racism and the ways in which white supremacy rears its ugly head are woven into our lives on a daily basis — especially when we are most vulnerable.

As Black women, during pregnancy and childbirth, we are at the most vulnerable to systemic racism. Black women are disproportionately affected by police brutality, low wages, homelessness and the violence of racism and genocide.

According to a Dec. 7 article in ProPublica, “In recent years, as high rates of maternal mortality in the U.S. have alarmed researchers, one statistic has been especially concerning. According to the [Centers for Disease Control and Prevention], black mothers in the U.S. die at three to four times the rate of white mothers, one of the widest of all racial disparities in women’s health.  Put another way, a black woman is 243 percent more likely to die from pregnancy- or childbirth-related causes.”

That number — 243 percent — is a heavy one to take in.  The way racism shows up in those blessed to be Black women is especially blatant when it comes to health care.  The bias toward Black women and children is the crux of the problem.  Women of most races aren’t heard when they speak up about pain management or just a general feeling of not feeling well.  Imagine being a Black woman and experiencing tremendous pain during and after childbirth, and you are not given the basic care — which is adequate pain management — like your female counterparts who are enduring the same process of trying to bring forth life. 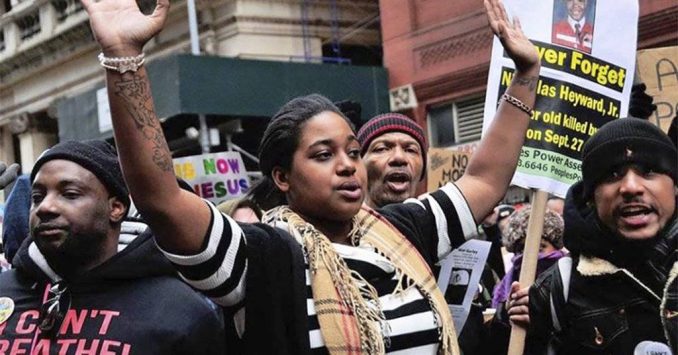 Two women who have recently experienced childbirth, along with a serious health crisis or death, come to mind.  One is Erica Garner, who died of a broken heart on Dec. 30 after her father, Eric Garner, was murdered in 2014 by the state in Staten Island, N.Y. The other is the number one athlete in the world: Serena Williams.

Erica Garner experienced a side effect of living while Black when her father was murdered. This trauma led to a heart attack after the birth of her son last August. This is an all too common occurrence after a Black woman births a baby.

The American Heart Association says, “Peripartum cardiomyopathy (PPCM), also known as postpartum cardiomyopathy, is an uncommon form of heart failure that happens during the last month of pregnancy or up to five months after giving birth.” (Dec. 12)

However, the AHA also says this is “a rare occurrence” — because it isn’t checking for PPCM among Black women. If the organization was doing that, everyone in the U.S. would or should be outraged.

Megan Brooks, in an article titled “Peripartum Cardiomyopathy More Severe for Black Women,” writes: “African American women with PPCM are diagnosed later postpartum, they present with more severe systolic dysfunction, their cardiac function worsens after diagnosis more often and recovers less frequently, and, when cardiac function does recover, it takes much longer to do so.” (posted on Medscape, Oct. 13) 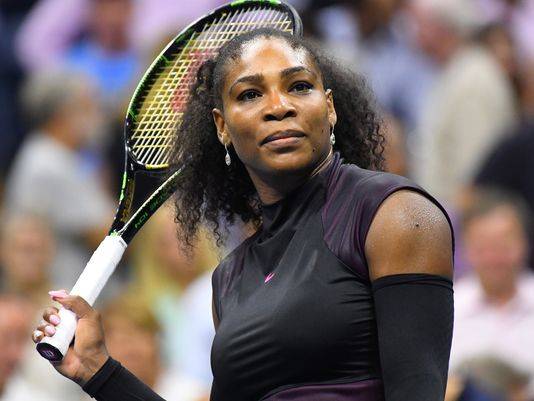 Serena Williams gave birth to her baby daughter on Sept. 1. She has a history of blood clots. After giving birth via C-section, she had a hard time breathing. In a Jan. 10 article in Vogue titled “Serena Williams on Motherhood, Marriage and Making her Comeback,” she explains that she knew that she needed a “CT scan with contrast and IV heparin (a blood thinner) right away. The nurse thought her pain medicine might be making her confused. But Serena insisted, and soon enough a doctor was performing an ultrasound of her legs. ‘I was like, a Doppler? I told you, I need a CT scan and a heparin drip,’ she remembers telling the team. The ultrasound revealed nothing, so they sent her for the CT, and sure enough, several small blood clots had settled in her lungs. Minutes later she was on the drip. ‘I was like, listen to Dr. Williams!’”

Williams, who has unlimited funds, was not initially heard by the medical staff. Imagine the situation facing a woman living in a poor neighborhood going to a hospital with a biased staff.  It most certainly would have led to a different outcome. This is good information to know. What do we do with this informed knowledge? Who takes up our cause? Also, with the high rate of Black mothers dying, it leads to the topic of infant mortality rates among Black children.

When I was pregnant with my son, I heard a statistic that Black boys had the highest infant mortality rate up until the age of five!  I couldn’t stop worrying about my son until he was five. I still worry because he can get shot while at school or while being a Black male anywhere in the U.S.

Dr. Joia Adele Crear-Perry, founder of the National Birth Equity Collaborative, says: “The United States is the only developed country in the world where maternal mortality is on the rise. Black women in the U.S. die at 3 to 4 times the rate of white women. Black babies die at 2 times the rate of their white counterparts. With clear evidence of this inequity, this is an urgent public health and human rights issue.

“As a black woman from the Deep South who is an obstetrician and a mother, my strong desire to end this inequity is amplified every time I look into the faces of my daughter and my patients. It was with this understanding that I created the National Birth Equity Collaborative in 2015.” (The Renewal Project, Nov. 30)

Black women will continue to do the work so that the least of these can flourish. The statistics brought up in this article should lead to a major uprising because white supremacy is dismantling our homes by way of harming Black women and our children.  This is genocide — the deliberate killing of a large group of people, especially those of a particular ethnic group or nation.

Wake up people! The effects of racism are literally and figuratively killing us. Let us continue to pull down monuments to white supremacy. Eventually, that will cause real change when it comes to one day erasing the systemic causes of racism and its impact on the health of Black women and our children.